“The obvious highlight was the spectacular sale of the Swinburn family’s outstanding Dubawi colt for 1.8 million guineas”

Tattersalls Chairman Edmond Mahony paid tribute to the ‘unrelenting’ hunger of British and Irish foal buyers as a memorable edition of the Tattersalls December Foal Sale drew to a close in Newmarket on Saturday evening.

Riding off the back of a healthy yearling market, the four-day sale ended with a clearance rate of 81%, a figure bettered only twice before this century, and a record total of 204 foals to sell for 50,000gns or more.

A Dubawi half-brother to high-class miler I Can Fly became the most expensive foal to sell in Europe since 2002 when selling for 1.8 million guineas to Anthony Stroud on behalf of Godolphin following a titanic battle with MV Magnier. It was a sale that provided a momentous and popular result for the Swinburn family’s Genesis Green Stud, which bred the colt out of Madonna Dell’Orto, herself also a stud homebred from its successful Sabria family.

“The obvious highlight of the past four days was the spectacular sale of the Swinburn family’s outstanding Dubawi colt out of their wonderful mare Madonna Dell’Orto for 1.8 million guineas; the highest price for a foal in Europe and North America this year. But the real feature of the 2021 renewal of Europe’s premier foal sale has been the unrelenting British and Irish demand from start to finish. 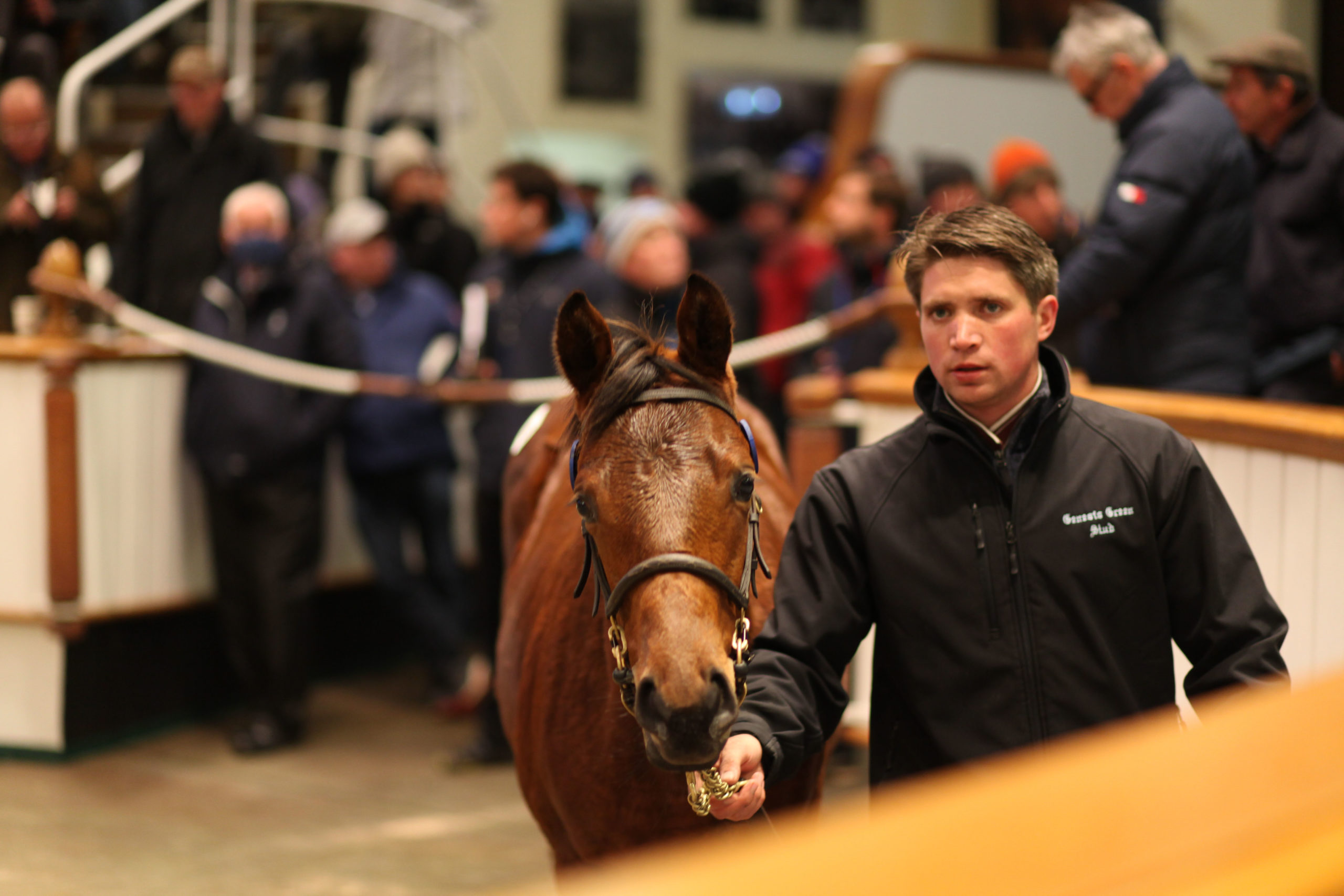 “Strong yearling sales drive the foal trade and the significant rises in all the key indicators this week reflect the extraordinary strength of the market throughout the Tattersalls October Yearling Sale and also pay tribute to the endeavours of the pinhookers who have worked tirelessly all week. Owners looking for quality foals to race in the future have also made a major contribution to a successful sale, but as ever during the December Foal Sale, Park Paddocks has primarily been the domain of the British and Irish pinhookers, joined by many of their counterparts from throughout Europe.

“The sustained demand at all levels has been notable and the record number of foals selling for 50,000 guineas or more has demonstrated a depth to the market which is encouraging as we turn our attention to a quality renewal of the Tattersalls December Mares Sale which begins on Monday and showcases the finest breeding stock to be found in Europe.”

Mimi Wadham and Violet Hesketh of WH Bloodstock were among the pinhookers out in force and concurred with Mahony on the strength of the market.

“The yearling market was very good,” said Wadham. “The middle market has really thickened, and it’s been very competitive again here. You have to push hard to get them but then you’ve got to be brave – it’s a brave man’s game.”

A low-key session on Saturday was topped by the sale of a second-crop son of Juddmonte’s Expert Eye, for whom Joe Foley gave 80,000gns on behalf of Steve Parkin’s Clipper Logistics.

Sold by Trickledown Stud on behalf of breeder Alvediston Stud, the January-born colt is a half-brother to three winners and out of Respondez, an Oasis Dream sister to top sprinter Prohibit.

“He is for the grey colours, Clipper Logistics, as a racing prospect,” said Foley. ”He was bred by the Wardalls, very good breeders. We have supported the sire well in his first years, and we have got some very nice yearlings to go into training by him. He was a very good racehorse from a very good sire line.

“He is a lovely well-developed foal and he looks like Prohibit, freakishly like him. Oasis Dream mares are very good and I like his pedigree – I have seen all the foals out of the mare over the years and he is the best one out of her. Let’s hope he can prove that on the track.” 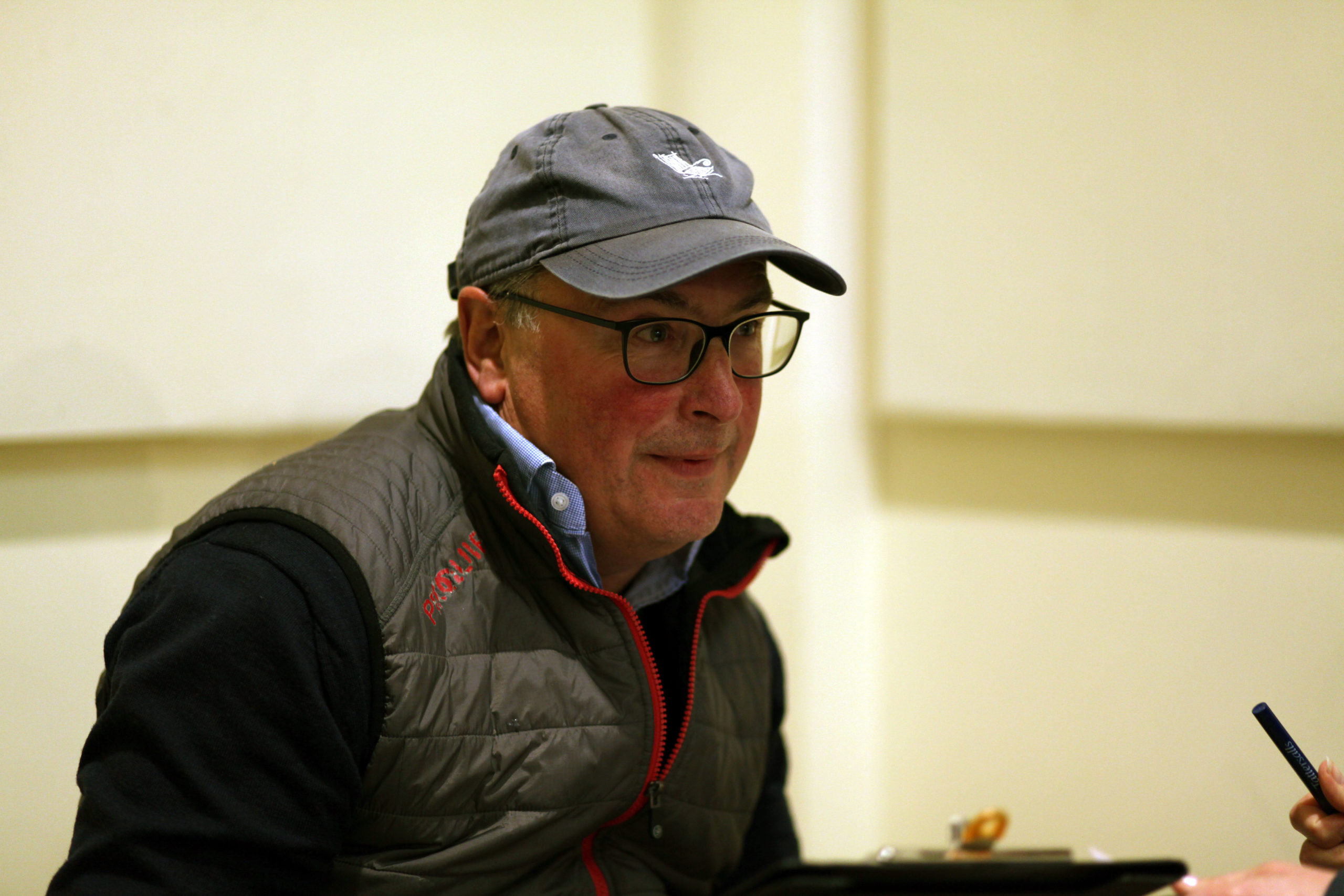 Breeder Simon Chappell, meanwhile, bought out his partner Dean Fielding in a Dark Angel filly whose valuation came in at 70,000gns. Out of the Listed-placed Exceed And Excel mare Thesme, she was offered through the West Moor Stud consignment.

“She has been a lovely foal to deal with, very correct, strong and solid,” said Kate Sigsworth of West Moor Stud. “She is obviously young [May 2] for this sale, which is the reason why I was keen to sell her on the Saturday rather than the Friday. It is a lovely page, the mare Thesme was very quick and this foal looked quick, too, even though she was only a May foal.”

The momentum behind the National Stud’s ascendant young sire Time Test also continued unabated. Four foals by the son of Dubawi sold for 45,000gns or more on Saturday led by a pair of 67,000gns youngsters.

Willie Browne, signing as Oaks Farm Stables, came away with a colt out of the Stay Forever, a winning descendant of Time Charter, while Ger Morrin of Pier House Stud landed a colt out of Lady Glinka, a relation to Sir Percy.

“There is a lot of hype about the stallion but he had a good back end to the season and he should progress,” said Browne. “I am very happy to get him. Mark [Dwyer] liked him yesterday and I saw him this morning, I thought he was a very good horse. He will go to Mark’s now.

“We have bought six in Ireland and six here and we are about there now – the kitty is empty!”

Also popular was a Bated Breath filly out of Adora, who sold for 67,000gns to Richard Brown of Blandford Bloodstock from Clearwater Stud. 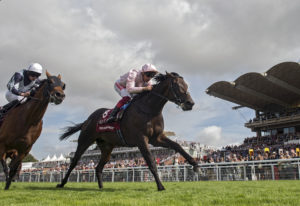