Mark Grant busier than ever as he focuses on breeze-ups

Having retired from the saddle earlier this month, Mark Grant is busier than ever as he sends a draft of two horses for the Goffs UK Breeze-Up Sale which takes place on Thursday, preceded by the breeze at Doncaster racecourse on Tuesday.

In a career that spanned 23 years, Grant had his final ride on April 3 when he partnered the Nigel Twiston-Davies-trained Count Meribel to finish sixth in a handicap chase at Newton Abbot. The nine-year-old had provided Grant with his most notable success when winning at Cheltenham in November 2018.

Over the past few years, Grant had combined riding with his growing pre-training and breeze-up business. He has previously discussed returning to his family’s Fairview Stud in County Tipperary.

He said: “The last three or four years along with riding I’ve been trying to build up a business where I could finish riding and go straight into it and have something to do. I think when a lot of jockeys retire they’re lost for a couple of years as they have nothing to do, but I’ve been lucky where I can walk straight into this.

“The plan is to build on it and try and increase the number of horses every year. We do a lot of breaking and pre-training as well. We’ve got some good owners that we do that for, and business is good, so I think we’d be very silly to up and move now. It’s probably down the road and maybe do it in four or five years’ time.”

Having started under his own steam in the breeze-up sphere three years ago, the former jockey has ten horses for this year’s breeze-ups.

Things got off to a good start at last week’s Tattersalls Craven Sale where three lots sold for turnover of 192,000gns, headed by a Caravaggio colt bought by Ian Williams and Ben Brookhouse for 120,000gns.

It marks a departure from last year’s circuit that was severely disrupted by the coronavirus pandemic and caused many challenges for vendors and sales houses alike. Having done the pre-breeze at Doncaster on Monday morning, Grant is buoyed by the buzz around the Goffs UK sales complex.

Lot 72 @GoffsUK @BrzUps a gorgeous strong colt by the ever consistent Iffraaj (GB). Come and have a look for yourself, he is stabled in F, Box 338. And#MarkGrantRacing #FlatRacing #FutureWinner #HorseRacing pic.twitter.com/UFIWu3Nyvd

Grant said: “With everything being held up last year, I was just glad in the end that the sale happened. The sales companies were really good getting everything on and working with us.

“We were happy to keep moving stock on and keeping things going. Then obviously we were able to move forward and buy yearlings last autumn and that was the main thing.

“We’ve done the pre-breeze this morning so there seems to be a buzz about, and a few agents are already having a look, so everyone is pretty hopeful at the minute. The breeze is tomorrow [Tuesday] so we’ll see how that goes.”

Grant has two lots set to go under the hammer at the Goffs UK Breeze-Up Sale, an auction that boasts Ardad, Prince Of Lir, Quiet Reflection and many others as graduates, in the shape of a Mehmas filly out of Quick Chat (Lot 132) and an Iffraaj colt out of Ghany (Lot 72). 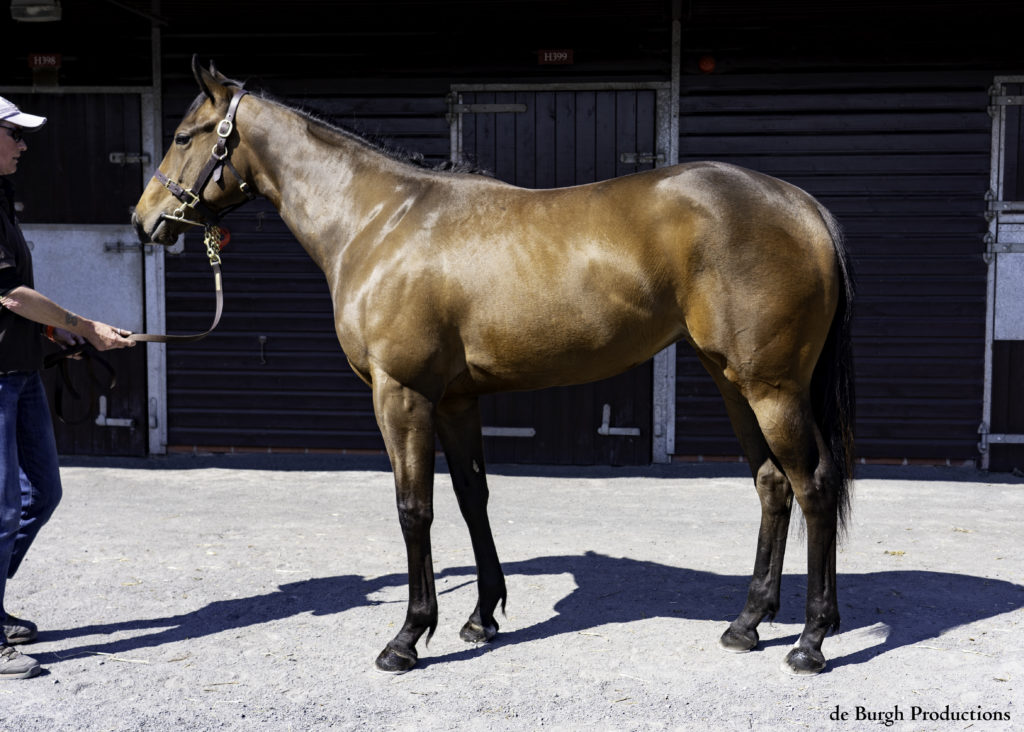 The Mehmas filly who will be offered by Mark Grant on Thursday – Photo: de Burgh Productions/Goffs UK

The Mehmas filly has had her page boosted ahead of going through the ring as her Epaulette half-sister Jibber Jabber won at Santa Anita at the end of last month for trainer Patrick Gallagher and owner Derrick Fisher.

On the two, Grant said: “[We have] a really nice filly by Mehmas that has a good update. Her half-sister won a maiden in America two weeks ago so that’s good to have. She’s been entered in a Group 3 on May 1 and that’s promising for her.

“She’s a nice sharp, early filly who seems plenty quick enough. Mehmas is an exceptional sire. If he keeps going the way he is, he’s going to be right at the very top.

“The colt is a nice, straightforward colt. Very professional, a good moving horse and he gallops well as well. He’s a nice type, Iffraaj is a good sire, and I wouldn’t be putting anybody off him.” 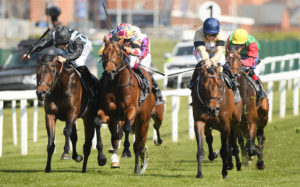