Britain’s National Hunt jockeys bade farewell to one of their most respected colleagues when 35-year-old Mark Bradburne announced his retirement after riding at Kempton on Tuesday.

Having started out as a 16-year-old amateur 19 years ago, Bradburne enjoyed a long and successful career, even if he found himself unlucky with injuries even by the usual standards of jumps jockeys. Frighteningly, the Scotsman broke his back on two separate occasions, but thankfully he is able to walk away in one piece, ready to begin his second career as an electrician, the training for which he undertook with the help of JETS, the Jockeys’ Employment and Training Scheme.

Bradburne started out in Scotland, where his mother Sue is a trainer and his father Johnny rode for many years as an amateur. He rode his first winner at his local Fife point-to-point in May 1992, but ultimately spent most of his career in the south of England, where he forged successful partnerships with several stables, most notably that of Henry Daly, with whom he combined to land his biggest victory, the pair taking the Grade One Ascot Chase in 2004 with Hand Inn Hand.

All told, Bradburne rode over 350 winners, including two for Daly at the Cheltenham Festival (on Palarshan in the Grand Annual in 2003 and on Relaxation in the National Hunt Chase in 2000 when still an amateur) but perhaps his most memorable ride came in defeat, when he partnered the Martin Pipe-trained Lord Atterbury into third place behind Amberleigh House in the 2004 Grand National. 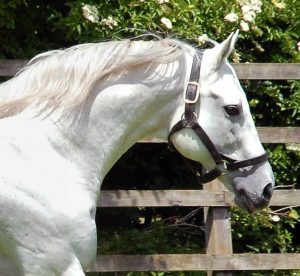 Up Next
Good stallion management