Notice to all breeders
Stories 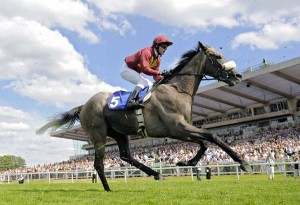 The strength of European stayers was once again highlighted when the first three places in The BMW, a Group 1 race over a mile and a half at Rosehill in Sydney, were filled by former French- and British-trained runners.

In addition to Saturday’s A$2.25 million contest, the six-year-old son of Linamix has also won the Ranvet Stakes and Australian Cup – becoming the first horse ever to land these three top-level races – and the Group 3 Carlyon Cup over a mile.

When trained in France in 2009, he won the Group 2 Prix Chaudenay ad two Listed races for his breeder, and was also placed in the Yorkshire Cup and Prix Royal-Oak.

Up Next
Notice to all breeders