What made you give up your university studies in favour of a career as a jump jockey?

I had much more interest in racing than studying at university and felt that if I attempted to do both I would end up with only moderate results. I wanted to have a proper go at the riding and give it my all.

You were going to study biology at Edinburgh University and then sports science. Do you miss academia and the student life?

After finishing school I took a year out and worked in racing. Then I attempted the biology course for a couple of months but realised I didn’t have any interest in it, so I applied for sports science the following year and did that for a couple of months before reaching the same conclusion. I don’t think I’m the type of person for student life, though they do get massive holidays!

How high on your list of disciplines is fitness, how strong a regime do you set yourself and do you have a strict diet?

I think fitness is a very important part of the job. I always played sport at school – hockey, netball, athletics – and I have always kept myself fit. I run a lot now if I am not racing, about four or five miles. I also have an equiciser, which I use every day.

Seeking Power is a very slow horse of dad’s and when he runs over four miles in the heavy he is off the bridle from the start so you have to be fit to do him justice. Like one of those mechanical horses, he just doesn’t really go anywhere how ever hard you ride.

Your father, Fife trainer Nick Alexander, was initially unhappy with your decision to quit university and start riding professionally. How did you change his mind?

I wouldn’t really say he was unhappy, but my parents could see that I wasn’t keen on university. And my father took the view that as long as I worked hard at whatever I did he would support me.

How much did your background influence you?

I had a great horse of my dad’s called Wiseman, who provided me with three wins on my first three rides pointing. That was followed by a stint as an amateur under Rules before turning professional last September. It has been pretty much a natural progression since starting when I was very small.

Conditionals are not normally released by their stable to ride out at other yards, so I have been lucky.

You have been much in demand in the north. Obviously the winners speak for themselves, but what has been the secret of your promotion among so many trainers?

Richard Hale, my agent, looked after me as an amateur and has done a great job for me as a professional, getting me loads of rides, while my dad has been very good letting me go away to ride out for various trainers.

Other conditionals would not normally be released by their stable to ride out on a regular basis at other yards and I’ve been lucky to have been allowed that advantage. It is a big help to be able to go and sit on horses and give them a pop for different trainers.

Ferdy Murphy, who supplied your Castleford Chase winner Charingworth, said that “jockeys have either got it or they haven’t – and Lucy has definitely got it”. How do you deal with such praise?

It’s very nice to hear it because riding is about confidence and being fashionable. It can be a very fickle business and such words are a help, but must not be allowed to go to your head. And they wouldn’t because racing is full of so many ups and downs, one minute you’re flying and the next you’re on the floor.

At present you claim 5lb – do you think trainers will support you as much when you lose your claim and is this something you think about?

I lost my 7lb claim on Charingworth at Wetherby after Christmas. Obviously having a claim is a big advantage and I am a long way off losing it (75 winners). Of course it’s much tougher without a claim but hopefully you are improving and making more contacts as you approach that landmark. 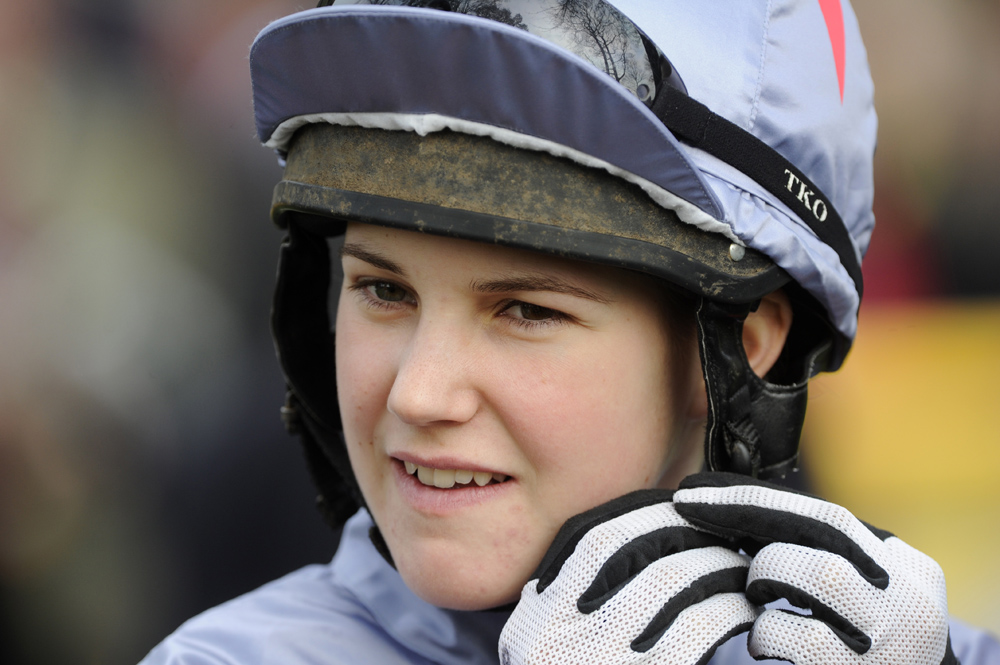 Alexander has garnered plenty of support from northern trainers

It has been said that your “real knack” is over fences. Do you prefer riding over fences rather than hurdles?

I like them both but, coming from the point-to-point world, riding over fences probably comes more naturally. It gives me a bigger buzz. As an amateur I was doing it for fun; now being paid for having that fun is different class. It helps to cover the petrol bills as well!

You have ridden out for top Flat trainers Sir Michael Stoute, Aidan O’Brien and Kevin Ryan. How did you come to work at such prestigious stables?

When I took a year out after school I went to Ballydoyle for about five months and loved it, went home to my dad’s to ride in point-to-points and then on to Newmarket to Sir Michael Stoute’s for a couple of months before making that abortive start at university. Richard Hale arranged for me to go to Kevin Ryan’s for a month last summer, when I rode loads of work and had two rides for him on the Flat, a winner and a second.

Originally, I had been to Ballydoyle for a morning on the gallops with my dad and it was after that visit when I left school I returned to Aidan O’Brien’s for five months and, again in 2010, for another three-month spell. It was John Warren, the Queen’s Racing Manager, who kindly introduced me to Sir Michael Stoute.

Conditionals are not normally released by their stable to ride out at other yards, so I have been lucky

What did you learn during your time at these famous yards and how did it benefit your race-riding?

It tightened up my riding and sharpened me up generally. At Ballydoyle there are a lot of very good riders and I am sure having them round me all the time upped my game a bit. I suppose being in Flat yards tidied me up. I rode a couple of bits of work at Stoute’s, one with Kieren Fallon.

Did you ever consider following in the footsteps of Hayley Turner on the Flat?

I do about 9st and would never have been light enough to do the job properly on the level. I’ve had about 20 rides on the Flat as an amateur and, I have to say, I didn’t really enjoy it. I just much prefer going over jumps. If I was 8st then I’d have to concentrate on the Flat because it would mean a much longer career.

People keep saying if it can be done at the top level by a girl on the Flat, then why not over jumps? The success of Hayley, Cathy Gannon and other girls on the Flat and the publicity they receive has definitely been a help to me.

Do you see a time when you will be based further south in order to ride more at the top tracks?

Not really, all my contacts are in the north. Of course you don’t know what’s round the corner, but I am happy in the north. If the opportunity of a ride in the south came up then I’d take it.

Is there a jockey you model yourself on? Which one do you admire most, and why?

There isn’t one in particular. I do watch all the top jockeys and see what I can learn. Tony McCoy is incredible setting record after record. In the north Graham Lee is very good. When he is pushing a horse on he is going up and forwards with the horse, not bouncing up and down.

That’s something I’ve noticed; going with the horse is very important. If I have to pick one rider as far as women are concerned it would be Nina Carberry, who is very good.

I’ve had about 20 rides on the Flat and I didn’t really enjoy it. I just much prefer going over jumps

Have you found the new whip rules, which limits usage to eight strikes in a jumps race, a help or a hindrance?

Even before the new rules came out I wouldn’t use my whip very much, so it hasn’t really affected me. It might sound silly saying this, but counting to eight over three miles on soft ground on a horse that’s not travelling can be harder than you think.

You can easily forget giving a horse a smack when there’s a lot going on around you and still a circuit to go. Keeping track of how many times you’ve used the whip in the course of a race like that can be difficult.

What would it mean to win a race at the Cheltenham Festival and do you have any potential rides?

Obviously it would be brilliant just to get a ride there. Graham Lee was injured when I won the Castleford on Charingworth and there is no obvious ride for me at the Festival so far.

Where do you see yourself in five years time?

I wouldn’t set myself numbers or anything like that. I just take each day as it comes and try to keep improving. In five years I hope I’m in one piece, riding winners and still learning. 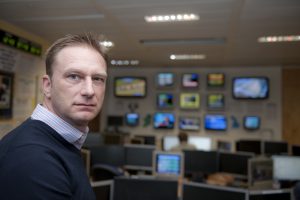 Up Next
A fair exchange?