Time is running out to nominate for the 2014 Godolphin Stud and Stable Staff Awards, with the deadline of Friday, January 3 fast approaching.

Trainers, owners, stud managers and colleagues are urged to nominate some of their most dedicated and hard-working staff for the awards, which carry prize-money of £120,000.

The winners of the six categories will be honoured during an evening ceremony at the Jumeirah Carlton Tower hotel in London on Tuesday, February 25 to mark the tenth anniversary of the awards, which are sponsored by Godolphin and organised by the BHA in association with the Racing Post.

The short-list for each category will be decided by a panel which includes the former trainers Ian Balding and Jack Berry, former Royal Studs manager Joe Grimwade, Dinah Nicholson, Judith Allen of BHEST and George McGrath, Chief Executive of the National Association of Stable Staff.

Nomination forms are available for download at www.britishhorseracing.com/stablestaff and via www.racingpost.com. Alternatively, email awards@british-horseracing.com or simply text AWARDS to 07584 171551 and a member of the team will arrange for a form to be sent out. 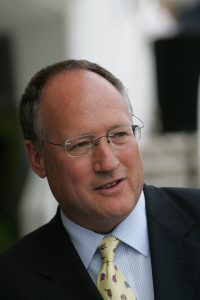 Up Next
Butler to appeal five-year ban