Taylor Made Sales Agency is gearing up to handle its smallest consignment in a long time, and while for many that would be concerning, for North America’s perennial leading sales consigner, it is actually an exciting time.

With six lots entered, Taylor Made is offering its first ever European consignment during the Tattersalls December Mare Sale.

“We aren’t trying to make a footprint over there and then duplicate what we have in America,” said Mark Taylor, Taylor Made’s Vice-President of marketing and public sales operations.

“That’s not part of the game plan. This is more about meeting more people, building relationships, helping our existing customers get maximum dollar for their horses, and it’s just a fun learning expedition.”

The primary reason we are going is for the consignment

It’s been the leading consignor worldwide in terms of gross sales 18 of the last 20 years and has sold in excess of $1.6 billion in bloodstock.

“Within Taylor Made, we’ve been so busy over the last three decades growing our business here that we really have become, by our own admission, isolationists,” said Taylor.

We’re making the most of our first trip to @Tattersalls1766! View our offerings here: https://t.co/EsE94bhy3U#TM4U pic.twitter.com/sMCxXg0PQT

“We’ve been over here, doing our thing, keeping our nose to the grindstone, but we really haven’t travelled abroad much.

“We really haven’t tried to open up new relationships with other people to do more international business.”

Now, as the thoroughbred world continues to become increasingly global, Taylor Made wants to grow with it. The journey to Tattersalls is a result of that desire, combined with the all- important ingredient of timing.

In the autumn of 2016, Taylor Made got into racing partnerships via its Medallion Racing, and the fillies from its first draft of runners are starting to retire.

Conversations that took place during their careers planted seeds about their futures, which are now coming to fruition.

“Two of these fillies, Queen Blossom and Midnight Crossing, we had been approached by several European agents about buying them privately,”

“We really didn’t want to sell at the time because our club is all about racing, and the fillies were in good form. Even though the offers were good, we didn’t want to lose the opportunity to continue running them.

“The dialogues continued, in particular with John Ferguson and Mark McStay, as they were interested in Midnight Crossing. We started talking about maybe bringing them over there, and John and Mark were gracious enough to say, ‘Hey if you want to come, we will help with the logistics. We will help you get set up and get comfortable in the new environment.’

“So, we had two horses that fit, and we had some other interest from abroad from other people wanting to consign horses, and that’s how it all came together.”

Queen Blossom and Midnight Crossing make up one-third of the Taylor Made consignment. They are joined by Hasten, Glade, Roystonia and Raven’s Lady.

Selecting which horses to sell at Tattersalls, as opposed to Taylor Made’s traditional route of Keeneland or Fasig- Tipton, involved a team, and that team will be on hand at Tattersalls to give them their best chance.

We want to make selling in Europe a very boutique venture

Mark Taylor will be joined by Phillip Shelton, who runs Medallion Racing, as well as Jake Memolo, Taylor Made’s director of research. Additionally, Amy Lanigan is going to be helping Taylor Made when it comes to logistics.

“You really have to assess what kind of premium we can get over there versus here, and if it is worthwhile to pay to quarantine a horse and send them over.

“When we are trying to figure out what works for Europe, they have to fall in one of those two categories.”

Of course, the Taylor Made team is interested in more than just selling its six-horse consignment.

Considering it sold 258 lots at the recently concluded Keeneland November breeding stock sale, they are used to a slightly more hectic pace.

“The primary reason we are going is for the consignment, and that’s going to be my main focus, but I am not used to only having six horses,” said Taylor.

“I am pretty confident I am going to be able to do more than just manage the barn. I am going to spend one day just going and looking at the foals before the mares sell.

“I want to learn more about what Europeans like, what they are breeding for. That’s for my own education.

“I don’t really see myself buying any foals unless something comes up unexpectedly, but I have also reached out to some of our clients who have bought mares in Europe before to let them know I am going to be there.”

Taylor has only been to Tattersalls once, and it was as a teenager, while Shelton’s only previous trip to England was with his father to see Motivator win the Derby in 2005.

In addition to participating in the sale, the team plans on exploring Newmarket and visiting several training yards and stud farms. 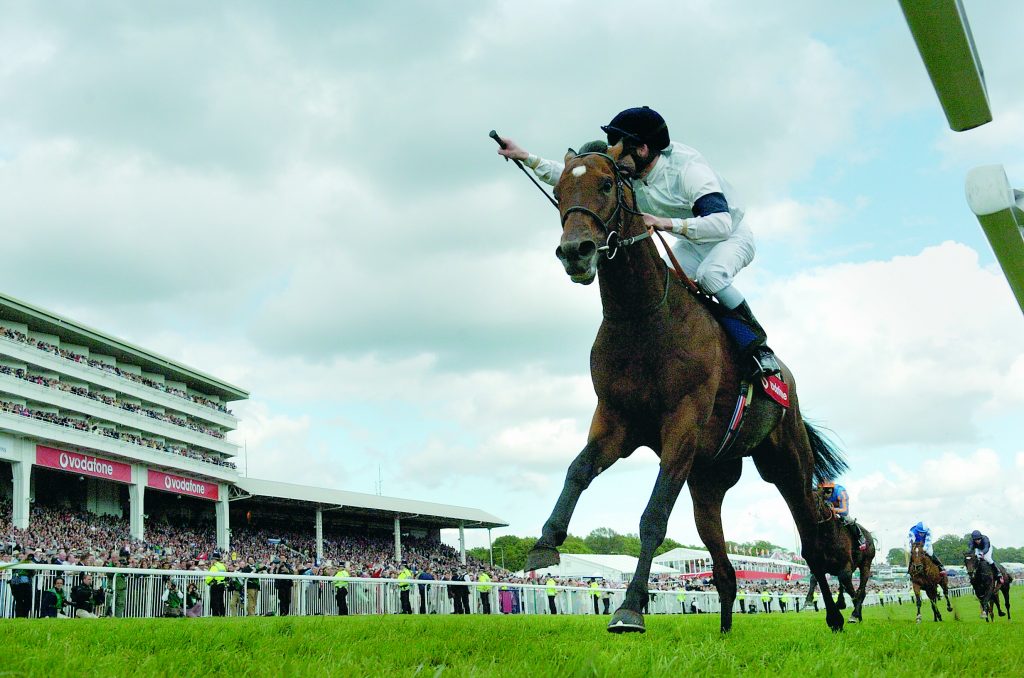 High on Shelton’s list is Banstead Manor, as Frankel is his favourite horse, and he even named his dog after the famed Juddmonte champion.

Going back through the years, we’ve had some great European horses

A big part of the experience, though, will be simply selling horses in England, and they are going into it knowing it will be similar but new.

“At Keeneland, they can crank through 40 horses an hour, and at Tattersalls it might be 20 an hour,” said Shelton.

“Everything is a little different, and there will be some idiosyncrasies to learn. We are going to be a little bit different than all the other consignors over there, and that’s okay.

“Taylor Made has built a great brand based on honesty and transparency. We want to make selling in Europe a very boutique venture where we have six to ten horses.

“It’s a calculated risk, but there are a lot of ancillary benefits outside of just hopefully being profitable.”

While Taylor Made will be hanging its shingle at Tattersalls for the first time, it would be a mistake to think the operation is a novice when it comes to high quality European runners.

From Dancing Brave to Roaring Lion, Taylor Made has been associated with a number of top-class runners who excelled away from America.

“Going back through the years, we’ve had some great European horses,” said Taylor.

“Dancing Brave was one of the first Group 1 winners we ever consigned.”

Not long after Dancing Brave came Dayjur, but Taylor Made isn’t limited to successful runners from foals. A number of notable broodmares have been Taylor Made graduates, including the dams of Caravaggio, Giant’s Causeway, Lady Aurelia, Nathaniel, Great Heavens, Playful Act and Shamardal.

The latest poster boy for Taylor Made internationally is 2018 Cartier Horse of the Year Roaring Lion, who sold for $160,000 as a yearling.

From the archives: delight for Roaring Lion’s breeder

In addition to consigning him to the 2016 Keeneland September sale, Taylor Made also raised Roaring Lion for breeder RanJan Racing, Inc.

“Having a connection to Europe at this perfect time with a horse like Roaring Lion is really amazing,” said Taylor.

“We are so proud of him. He grew up on Taylor Made, and he grew up very near to where American Pharoah grew up. To have two horses like that in such a small period of time come off your farm is special.

“Obviously, we are better known for our selling side, but we do take a lot of pride in having a great team on the farm and all the really top-class horses we have raised over the years.”

The star of the show! Four-time Group 1 winner Roaring Lion looks phenomenal during the @Qatar_Racing stallion parade @TweenhillsHub. The son of Kitten’s Joy will stand for £40,000 in 2019 pic.twitter.com/28ZVREbeTS

Timing is everything, and in addition to a European venture making sense for Taylor Made internally, Taylor also was motivated by industry trends.

“The world, by everybody’s standards, is just shrinking,” he said. “There’s a lot more interest in America right now when it comes to racing in Europe. Royal Ascot has become something on every big owner’s bucket list in America.

“Then it was fascinating to see at the Breeders’ Cup the horses winning races where the owners had bought them in Europe and brought them back.

“You see horses like Newspaperofrecord, who was bought at Tattersalls as a yearling and is now the best two-year- old grass filly in America. There are more and more shifts.”

Whether the Taylors will make Tattersalls an annual trip remains to be seen, but there is little question things have aligned to make it understandable why they are trying in the first place.

“There is already a lot of bloodstock going back and forth,” said Taylor. “Given the size of our operation, and the resources we have at our disposal, we want to get involved.

“We aim to help clients on both sides of the Atlantic reach their goals in the most efficient way possible.” 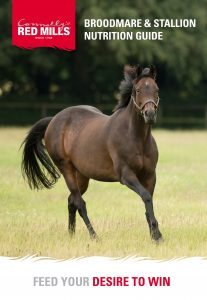 Up Next
Sponsored: broodmare & stallion guide