Jim Bolger’s long career has yielded many big wins and on Saturday he was finally victorious in the Irish 2,000 Guineas as Mac Swiney made all at the Curragh to defeat stable companion Poetic Flare in a pulsating finish.

With the course having survived an early morning inspection having been unraceable on Friday, the soft conditions played into the hands of Mac Swiney, who had won the Group 1 Vertem Futurity Trophy Stakes on heavy ground at Doncaster on his final start as a two-year-old.

Sent into the lead by jockey Rory Cleary, Mac Swiney was still in front as they hit two furlongs from home while QIPCO 2,000 Guineas hero Poetic Flare, reappearing quickly after finishing sixth in the Poule d’Essai des Poulains on Sunday, mounted his own challenge.

As the pair pulled clear of the Aidan O’Brien-trained Van Gogh who went on to finish third, it was Mac Swiney who hung on by a short-head as Poetic Flare rallied late having hung in the closing stages.

Mac Swiney’s success capped off a fabulous few weeks for the Bolger stable. His assistant trainer Una Manning said: “He had a bit of mucus at Leopardstown and didn’t give a true account of himself. It was Jim’s plan to run him here and have him ready for the Derby.

“He needed a run, so why not run him in the Irish Guineas? Traditionally it’s been a very good trial for the Derby.”

Cleary was celebrating a first Classic success and said: “It’s hard to describe. Unbelievable really. He’s such a special horse and it’s such a special race to ride in. He jumped and travelled so easy. I wish all my rides were as easy to ride in as he was.

“It hasn’t really sunk in yet; I can’t believe it. Jim is unbelievable. His loyalty is second to none. He’s such a special man to leave me in charge of riding a horse like that. He’s a true legend and a gentleman.”

Earlier on the Curragh’s card, Joe Murphy’s Gustavus Weston bounced back to his best to capture the Group 2 Greenlands Stakes over six furlongs having disappointed at Naas last week.

Murphy told Racing TV: “That was his Derby. He won here before and we always thought he liked the Curragh. We thought he needed the race last week and that put him dead on for this one.

“He won well, and I’m delighted the way Gary [Carroll] rode him, it was a good result. I’d have been happy with a place, we’re not greedy! He got him switched off which helped, he’s inclined to be a bit strong, but he switched off today and that was the key to him.” 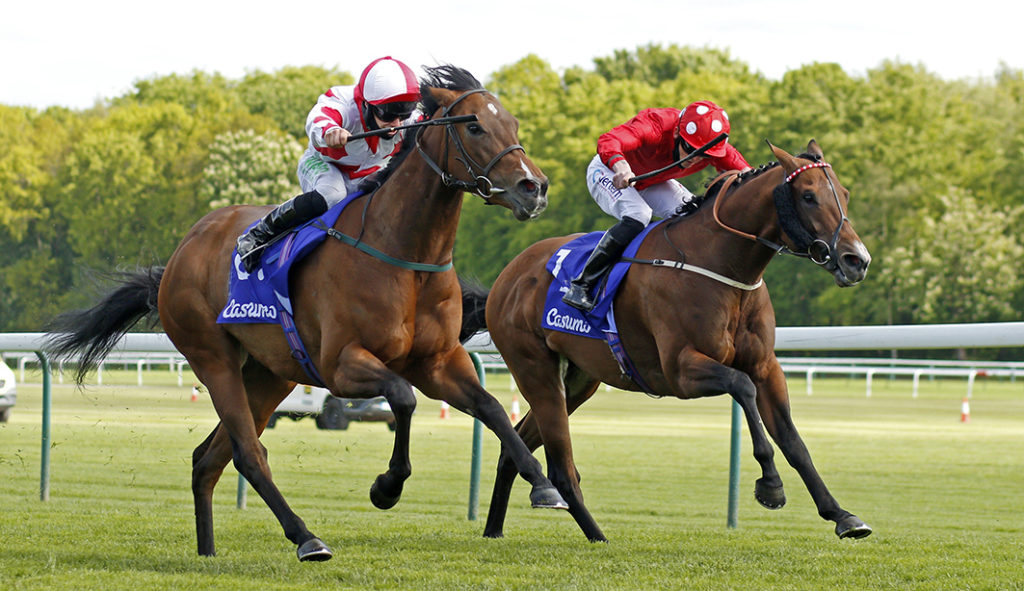 Liberty Beach (left) gets the better of Ainsdale to win the Temple Stakes at Haydock – Photo: Steven Cargill/Racingfotos.com/HWPA Pool

A fast start out of the stalls proved the difference as the John Quinn-trained Liberty Beach kept her rivals at bay to take the Group 2 Temple Stakes at Haydock on her first start of 2021.

A homebred for Philip Wilkins, Liberty Beach looks on course for a possible return to Royal Ascot next month to contest the King’s Stand Stakes, a race in which she finished third behind Battaash last year.

In the other Group 2 race on Haydock’s card, the Sandy Lane Stakes, the David Evans-trained Rohaan denied Dragon Symbol to win at 33-1.

Jockey Shane Kelly said: “He travelled great. I got there too soon, and I’d have been sick if I got beat. I didn’t know if I’d got there but he was great.

“Dave is a top man, and his horses are always tough and hardy – he got me out of jail. The horse is improving and hopefully he hasn’t stopped doing so yet.” 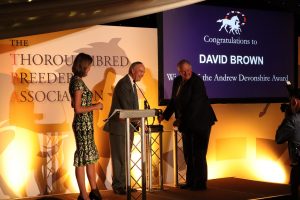 Up Next
Shortlisted nominees revealed for TBA’s Flat Breeders’ Awards