Fittingly, the Godolphin team has become the first stable to post a winner by Darley’s Breeders’ Cup Classic winner Raven’s Pass, whose debutant Lovely Pass made a successful, if a little wayward, start to her racing career at Lingfield on Saturday evening. 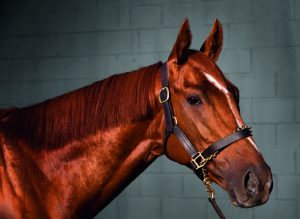 Raven’s Pass, off the mark with his first winner

The daughter of Lord Vestey’s Falmouth Stakes winner Macadamia was slowly away from the stalls under Silvestre de Sousa, who sat tight as she veered left then jumped the road crossing before tagging on to the tail of the field of seven runners for the six-furlong fillies’ maiden.

Finding her feet, Lovely Pass swept by her competitors with ease before wandering around in front but still doing enough to win by two and a quarter lengths. She is bound to come on for that first effort and is clearly a filly with plenty of ability.

Her success enhances further the impressive record of Stowell Park Stud’s broodmare Cashew, whose ten runners are all winners and include Lovely Pass’s dam and this season’s Listed Snowdrop Fillies’ Stakes winner Captivator, who was subsequently second to Izzi Top in the Group 3 Dahlia Stakes in the colours of Lord Vestey.

Though he has made a slower start than some of his fellow first-season sires, Raven’s Pass looks certain to figure in the juvenile races of the second half of the season. The son of Elusive Quality was a top-class two-year-old himself, breaking Sandown’s juvenile track record when winning the Solario Stakes. His 84 first-crop foals include half-siblings to Group 1 winners Mount Nelson, Librettist, Debussy, Elusive Wave, Laverock, Dixie Chatter, Grand Courturier, Zafeen and Carry On Katie.

Godolphin look set to unleash his son Zurbrigge, a colt out of the Oaks d’Italia winner Zanzibar, at Leicester on Monday, followed by Top Joker, who holds an entry for Haydock on Friday and is a son of Australian Group 2-winning mare winner French Bid. 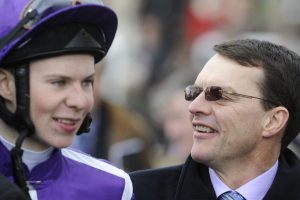 Up Next
O’Brien Powers to yet more Classic success