Love supreme in the Prince of Wales’s Stakes

Filly holds off the determined challenge of Audarya at Royal Ascot

On her first appearance for 300 days, the Aidan O’Brien-trained filly Love showed plenty of class and guts to lead from pillar to post in the Prince of Wales’s Stakes at Royal Ascot on Wednesday.

An impressive winner of both the English and Irish 1,000 Guineas as a three-year-old, Love had not been since cruising to a five-length victory in the Yorkshire Oaks in August 2020.

With last year’s victor Lord North a non-runner in the Group 1 owing to the fast ground, Love’s jockey Ryan Moore opted to set the fractions with Breeders’ Cup heroine Audarya and My Oberon following in behind.

It was as the field turned for home that victory for Love looked in doubt as she was challenged by Audarya, My Oberon and Sangarious, as Moore had to sink lower in the saddle to keep his mount in front.

With every urging Love kept finding more and as Audarya emerged to lay down one final challenge as they headed towards the line, the daughter of Galileo found a little bit more to record victory by three-quarters of a length.

It was a performance that saw O’Brien notch his 75th success at the royal meeting and the trainer said: “Obviously this was her first run of the year and we had to be very cautious. We knew that she was going to come on a lot from the run and Ryan gave her a beautiful ride.

“We’d obviously would have preferred to have a run, but that’s her first time over a mile and a quarter and we were over the moon with her.

“She’s very genuine, very brave. Ryan was trying to balance it, and he knew that Armory was going to be very fancied, so he was just trying to do enough, and not to do too much. He was trying to do the right thing for Love. We are over the moon.

“We knew that her head was down and looking at Ryan’s body language, he hadn’t gone for everything. He was trying to let her win and give her as easy a time as he could.

“She will come on a lot [for that]. Obviously, we had prepared her two or three times and stopped and started again, which is far from ideal, but I’m delighted that the lads decided to do this – to wait until the ground came right. It was a lovely place to start, Royal Ascot – there’s nowhere better.”

Moore added: “It is great to have Love back. She was a wonderful filly at three, and it’s a long time since she ran in the Yorkshire Oaks. That is her first run since last August and she’s beaten a Breeders’ Cup winner.

“It was great to get her back today and I’m sure she will come on for the run. She’s a very honest filly with a lot of ability and hopefully she will be better as the year goes on.”

When it comes to Royal Ascot you can count on jockey Frankie Dettori to be among the winners and on Wednesday he secured his 75th victory at the prestigious meeting when Indie Angel scored in the Duke of Cambridge Stakes.

The daughter of Dark Angel, a third winner of the week for John and Thady Gosden, was providing owner Cheveley Park Stud with a record fifth victory in the race and the four-year-old flew home up the inside rail to beat Lady Bowthorpe by three and a quarter lengths.

Cheveley Park Stud’s Managing Director Chris Richardson said: “Indie Angel is a very talented filly, but she has her own mind. Frankie has ridden her a couple of times at Lingfield, he rode her and did a very similar thing – just set out behind and let her come round the field.

“Today the draw was to our advantage, as long as they didn’t come over. So that was the worry, but she’s a talented filly and we’re just so excited.

“Sadly, Mrs Thompson is not here, nor Richard, but I know there’ll be so excited to have seen her win at home. 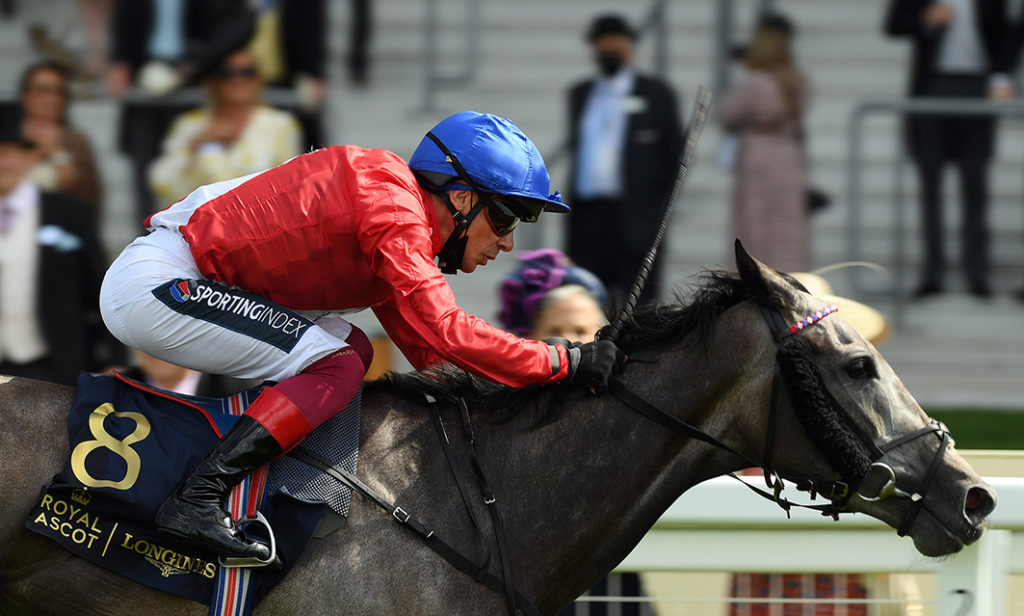 “We’ve had a wonderful year. It has been fantastic to start with phenomenal results at Cheltenham and then come to the royal meeting here. To have bred the Coventry winner yesterday was another icing on the cake.”

Dettori added: “Everything felt right today. Indie Angel needs fast ground, she needs cover and needs plenty of room; she doesn’t like to be crowded, and we had all three things today.

“Things didn’t work out at Newmarket; she was too fresh and I couldn’t hold her, she saw plenty of daylight. I didn’t know what to expect, but she took off today. Today she reversed the form for the reasons I said. She shouldn’t have been 22-1, because some of her form is quite decent.

“Mrs Thompson [of Cheveley Park Stud] has been in racing for years and years and it’s lovely for her to have another filly in the books who has won a Group race at Royal Ascot for breeding purposes. She has put so much investment and love into the sport, and it is always nice to ride a winner for them.”

Gavin Cromwell added the Queen Mary Stakes to his CV when Quick Suzy lived up to her name as she showed an impressive turn of foot to get the better of American raider Twilight Gleaming in the Group 2 contest.

It was Cromwell’s first ever runner at the royal meeting and the success follows both Flooring Porter and Vanillier scoring at this year’s Cheltenham Festival for the Irish handler.

Cromwell said: “Royal Ascot is such an occasion and to have a winner, it’s fantastic.

“I was very confident Quick Suzy was going to run a big race, but where she lay with the English or the American horses, we didn’t know until we came here.

“She won her maiden well, it was only an auction maiden, and it wouldn’t carry as much weight, but she then went to a Group 3 in Naas [Coolmore Stud Irish EBF Fillies Sprint Stakes] and finished second. She showed blistering pace and we thought plenty of her.

“I’m not a known as a trainer of two-year-olds or sprinters, so it was very hard to tell but I knew she was in great nick. This goes down to the staff at home and the big effort they have put in.

“The plan was she would remain with me until Royal Ascot and then go to America. Maybe we can twist the owners’ arms and go for the Breeders’ Cup with her.” 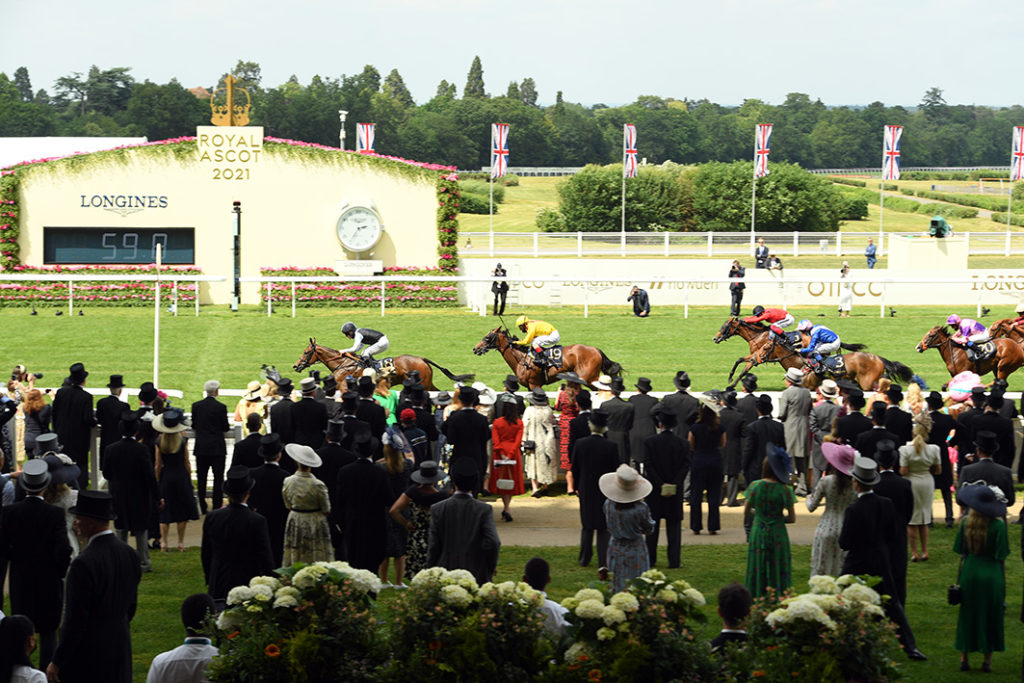 Jockey Gary Carroll was also on the mark at Royal Ascot for the first time and added: “Fair play to Gavin, three-mile Stayers’ Hurdle to five furlongs at Ascot – he can do it. She was very good today.

“She didn’t have the best prep, but to be fair he got her here spot on today. She travelled well, travelled very easy – I thought we didn’t go quick enough. I knew she’d get to the line well today and would probably outstay the American horse.

“This means a lot – the season’s going very well so far, but you need these big winners really to put yourself on the platform, so it’s great to get it. Especially today, with the crowds – it’s a long time since we’ve felt an atmosphere like that, and it was magical.

“If I could have extended the walkway back in, I would have – I soaked it all up and it was great. It hasn’t really sunk in yet, but it was a magic race to win, with such prestige; it’s what jockeys dream of.”

Kemari too good in the Queen’s Vase

Godolphin were on the board for the first time at the royal meeting when Kemari took the Queen’s Vase on only the third run of his career.

The three-year-old son of Dubawi had moved into the lead with two furlongs to run and once asked by jockey William Buick to kick on, he pulled clear to beat Wordsworth by a length and a half.

Trainer Charlie Appleby said: “I must give the team at home a lot of credit for this – he has been a challenging horse during the course of the winter. He was gelded, and had his hood on for his first start, but full credit to them, they’ve done a great job.

“And William [Buick] – he praised him highly after that win at Yarmouth. I have to say, I sat on the fence slightly and felt he was a horse who was progressing, but was he progressing quickly enough to be able to step up into today’s league?

“He has proved me wrong and William right, which is the great thing about having a team such as we’ve got, we all put our opinions in and hopefully we get the right result. But the horse is definitely a horse who’s going the right way. 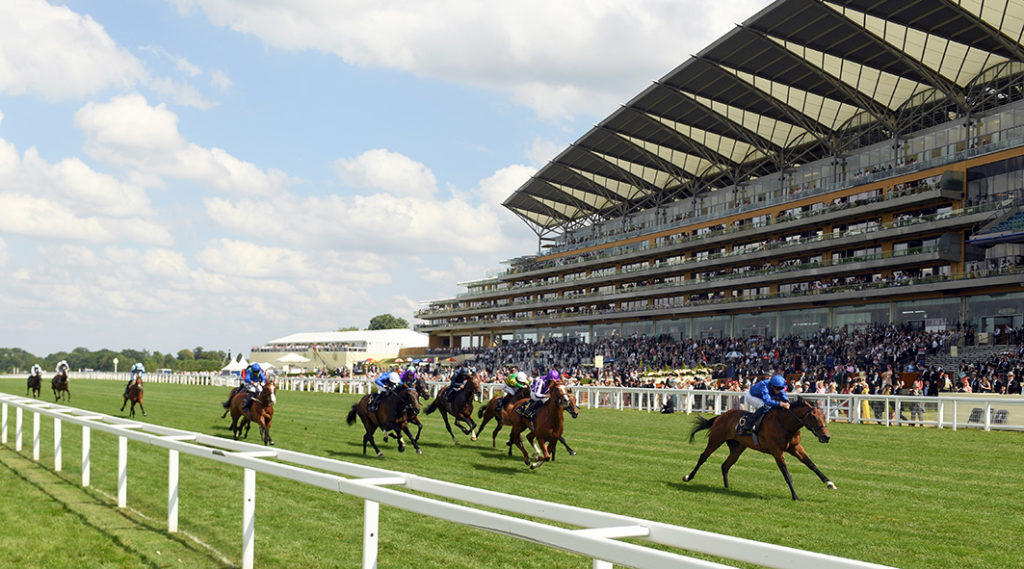 “I hope he will make up into a Cup horse for next year. Whether he gets to that level, we’ll see, but we’ll enjoy today and have the discussions with our principals and managers during the next few weeks and map the autumn out. He’s got a profile that is working in that direction, anyway.”

Godolphin enjoyed a second winner of the day when the Saeed bin Suroor-trained Real World hosed up to take the Royal Hunt Cup, a victory that provided jockey Marco Ghiani with a debut winner at the meeting.

Ghiani said: “It feels amazing. I was drawn four and everything was coming from the stands’ side.

“I walked the track; it was nearly a hand softer in the middle, but on the sides, it was pretty similar, so I was hoping they would just stay on the rail and not race in the middle, and that plan went very well.

“I just tried to track William Buick and he gave me a beautiful lead. My horse was travelling really nicely; at halfway he was on the bridle, and I thought we’d have a chance, but I didn’t know he’d win that easily. He quickened away and just in the last furlong was looking at the crowd.”

Chipotle returns to his best

Chipotle put a disappointing effort in the National Stakes behind him as he returned to form when winning the Listed Windsor Castle Stakes for trainer Eve Johnson Houghton and jockey Charlie Bishop.

Having won the Brocklesby at Doncaster back in March, Chipotle had won over course in distance on Royal Ascot Trials Day in April before disappointing on soft ground in the Listed National Stakes last month.

The inaugural running of the Kensington Palace Stakes went the way of Lola Showgirl for trainer David Loughnane and jockey Laura Pearson, another jockey to secure a first win at Royal Ascot on Wednesday. The trainer also saddled the second home, Ffion. 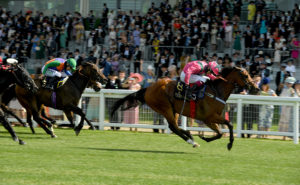