‘With a rating of 110, he can run in all those top races in the Emirates’

A desire to restock ahead of some of the lucrative international winter meetings drove trade during day one of the Tattersalls Autumn Horses in Training Sale in Newmarket on Monday.

The sale of the Aidan O’Brien-trained Horoscope, a high-performing son of No Nay Never, for 325,000gns to Michael Donohoe of the BBA Ireland was one such transaction, with the colt set to continue his career in the Middle East.

Horoscope has been highly tried since breaking his maiden at the Curragh in March, ambitions that were rewarded in August when he won the Listed Ruby Stakes at Killarney. He was also third to Real Appeal, beaten less than a length, in the Group 2 Boomerang Mile at Leopardstown.

“He goes to the Middle East,” said Donohoe. “With a rating of 110, he can run in all those top races in the Emirates. He goes on quick ground and is versatile. He’s also a good-looking horse with the pedigree to be a stallion down the road.”

Horoscope, who raced this season for the Coolmore partners, was bred by Lynch Bages out of Inca Wood, a Timber Country half-sister to the Classic-placed pair Furner’s Green and Lady Lupus.

Horoscope: Listed winner will continue his career in the Middle East. Photo – Tattersalls

A much depleted Coolmore draft also included the classy Galileo colt Lough Derg. Placed in this year’s Group 3 Derrinstown Stud Derby Trial for O’Brien, the colt was originally knocked down in the ring for 160,000gns to Joseph O’Brien but later changed hands privately for 120,000gns to the Saudi Arabian-based Najd Stud, acting alongside Peter and Ross Doyle.

The grey was one of six purchases made during the day by Prince Faisal Bin Khalid Bin Abdulaziz’s Najd Stud. Top billing went to the progressive Third Kingdom, the recent eight-and-a-half length winner of a mile handicap at York for Prince Faisal and John Gosden. With the colt’s rating having shot up to 103 off the back of that performance, it was no surprise to see the son of Make Believe in demand on Monday, eventually falling to his new connections at 135,000gns.

A busy day for Michael Donohoe of the BBA Ireland also included the purchase of progressive two-year-old I Am Magic out of Michael O’Callaghan’s yard for 200,000gns.

Successful in a maiden at Galway back in the summer, the son of Magician turned in an excellent performance on his most recent start to be beaten only a length in third in the Group 3 Killavullan Stakes at Leopardstown.

“He has been bought for a Middle Eastern client to run in the Saudi Derby run on Saudi Cup day,” said O’Donohoe. “He has come recommended by Michael [O’Callaghan], I have seen his races and saw him breeze [when sold for 95,000gns to his trainer]. He is a big horse and there is more to come from him.” 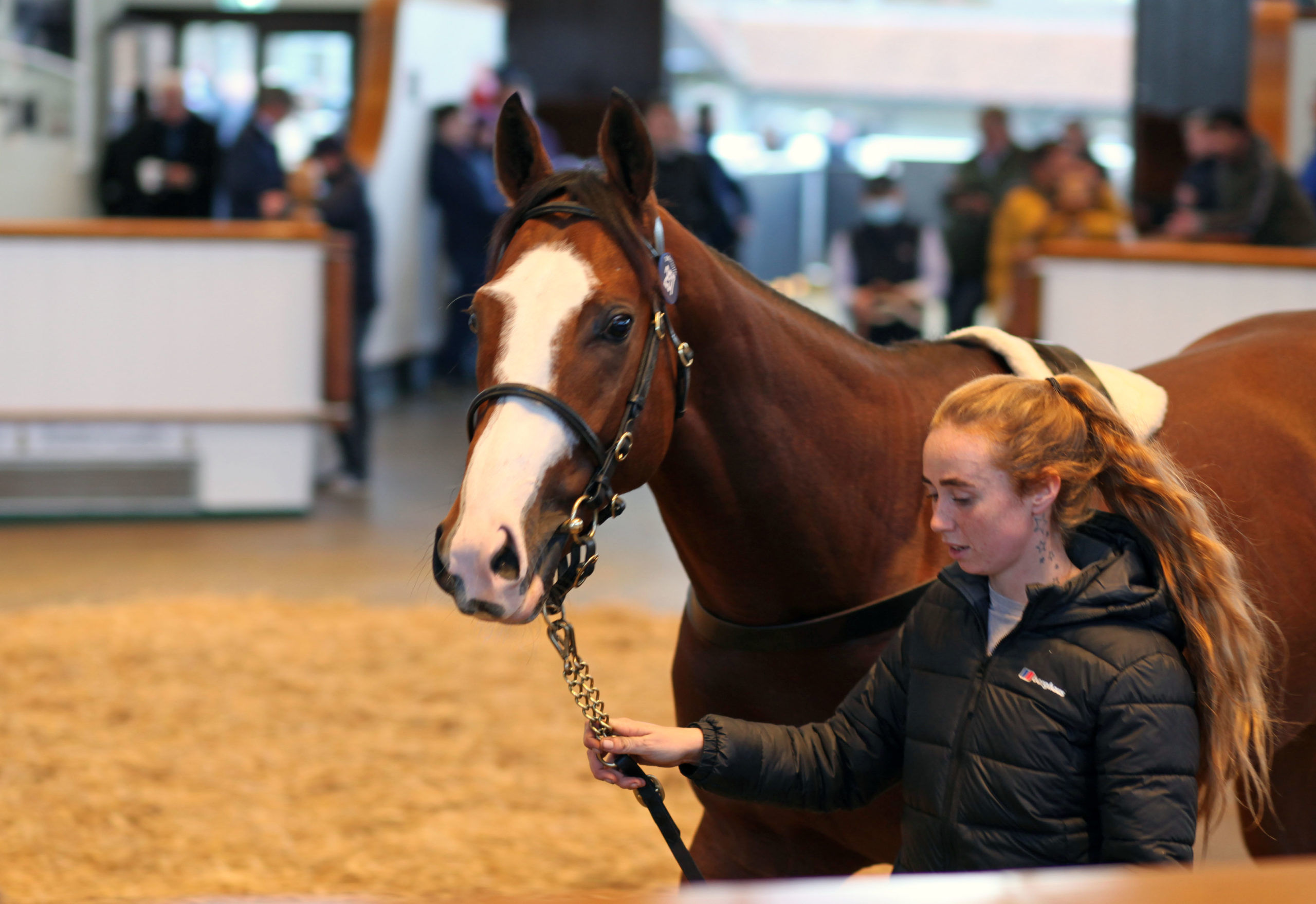 I Am Magic: recently Group 3-placed, he was bought to compete in the Saudi Derby. Photo – Tattersalls

As anticipated, buyers also feasted upon the weighty draft often by Shadwell Estates, which is undergoing a restructuring following the death of its principal Sheikh Hamdan in March.

A total of 31 horses from the operation turned over 1,332,5000gns in gross sales on Monday led by two-year-old Majalh, the recent four-length winner of his maiden at Brighton for William Haggas. With that win fresh in the mind, the son of Siyouni was knocked down for 155,000gns to Will Douglass of Charlie Gordon-Watson Bloodstock, acting on behalf of the leading Qatari-based trainer Gassim Mohammad Al Ghazali.

“This horse ticks all the boxes,” said Douglass. “He has been vey well presented and produced by Shadwell. He is by Siyouni and out of a Sea The Stars mare, which is great breeding.

“He is still only a two-year-old, and it looks as though there is more to come from him.”

The Shadwell draft was also the source of Montather, a three-time winner for Roger Varian who will continue his career in Australia after selling for 140,000gns to Stuart Boman of Blandford Bloodstock on behalf of trainers Ciaron Maher and David Eustace.

The four-year-old son of Dubai, a Shadwell homebred from the family of Shadayid, hit a peak rating of 97 in eight starts by virtue of wins at Chelmsford City and Thirsk.

“He’s off to Australia – I’ve bought him for Ciaron Maher and David Eustace,” said Boman, who purchased current Group 1 winner Zaaki for Australian interests out of last year’s sale. “We’ve had a bit of luck buying at this sale over the years and they wanted to come back and buy a nice horse.

“I spoke to Roger Varian, who has handled the horse beautifully, and I think he’s a very talented horse who will handle the faster pace in Australia, because he’s been a bit keen in races. He handles fast ground and he’s a lovely horse to look at – we’re delighted to get him.”

Overall, 263 horses sold for a total of 7,126,000gns and an average of 27,095gns, which represented a massive increase of 60% from 2020. With competition from a deep international buying bench to complement the usual domestic interest, the clearance rate wound up at 88%.

The sale continues tomorrow from 9.30am. 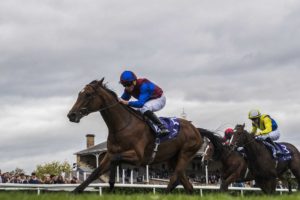 Up Next
Luxembourg proves different class in Vertem Futurity Trophy