David Simcock landed his first Group 2 of the season

After an unsuccessful foray across the Channel two weeks ago – Qatar Racing’s pair Arod and Lightning Spear – were seeking quick recompense in the Group 2 Doom Bar Celebration Mile.

Faced with what could have been a tough decision beforehand, retained rider Oisin Murphy was to make the right choice in partnering Lightning Spear who ran out an impressive winner of the 1m contest for trainer David Simcock.

The five-strong field were taken along by Arod who set a fair pace under Jimmy Fortune. The five-year-old was tracked by Cheveley Park-owned Zonderland, while favourite Thikriyaat the other three-year-old in the race was held up towards the rear alongside Lightning Spear.

The leader kicked three lengths clear on the descent into the home straight, but was gradually reeled in approaching the final two furlongs by Zonderland and Lightning Spear.

The latter was switched out from the inside under Murphy and came with a withering run on the outside to win going away by just under two lengths from runner-up Zonderland.

Murphy’s purple patch in the saddle continues having won the Group 3 Solario Stakes on the Andrew Balding two-year-old South Seas last weekend. He even partnered runner-up Zonderland to success on his penultimate outing in the Group 3 Sovereign Stakes at Salisbury.

“That will be a confidence booster it’s been a while since he’s got his head in front,” reflected Murphy.

“Hopefully he’s a Group 1 miler and it will be nice if we could get one of those in Europe because obviously he’s got stallion prospects.”

The five-year-old son of Pivotal was having his third run in the space of a month and had previously contested four Group 1’s on the bounce. The second of those was a close third behind Tepin in the Queen Anne Stakes at Royal Ascot.

For Newmarket-based Simcock who inherited his charge from former trainer Olly Stevens, this success at Group 2 level comes as the biggest of his season to date.

“He’s got so much talent he’s very very good and I think he’ll show that at the end of this year and going into next year. He’s got a turn of foot and can pick up and we’ve had some decent milers but we haven’t had one quite like him.”

Travers Stakes
Across the Atlantic, a 147-year-old record was broken in the Grade 1 Travers Stakes – the scene of American Pharoah’s only defeat at Graded company.

That bitter taste experienced 12 months ago by his trainer Bob Baffert was reversed in spectacular style as his Juddmonte-owned colt Arrogate scorched to a scarcely believable 13 and a half-length success.

The first horse in the race’s history to dip below two minutes, the three-year-old son of Unbridled’s Song had ran only three times previously in his career which included two optional claimers and a maiden special weight.

Let loose at the top of the stretch by Mike Smith, the $560,000 purchase was chased home by stable-mate American Freedom and could now be on track to a mouthwatering clash with California Chrome in the Breeders’ Cup Classic in November. 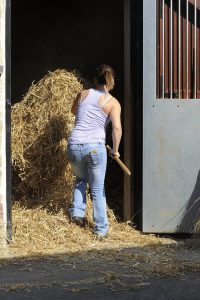