One for the north
Stories

The government have announced that from April 1 all gambling operators taking bets on British racing will be required to return 10% of profits back to the sport.

A newly reformed levy system has been the focus of attention for some considerable time and it will replace the current system which has been in place since 1961.

At the moment, online operators based offshore who take bets on British racing are not obliged to contribute financially to the sport, although some have made voluntary contributions.

The new system will help to close this gap and it is hoped that as a result racing can expect to receive around £90 million per year from betting over the next seven years.

Sports Minister, Tracey Crouch, who announced the news on Friday said: “This move will help secure the future of horseracing in Britain by making sure that gambling firms pay a fair return to support the sport.

“Horseracing has a strong heritage in this country, employing thousands of people and is enjoyed by many almost every day of the year. This new approach to the Horserace Betting Levy will help sustain and develop the sport.”

The levy scheme, which will be enacted through a statutory instrument rather than new legislation, will apply to all operators including betting exchanges, on-course bookmakers and operators involved in pool betting and spread betting.

Nick Rust, Chief Executive of the BHA, welcomed the news expecting a significant uplift in the sport’s fortunes.

This is critical to the future health of British racing

He said: “This is critical to the future health of British racing. Once the new system is implemented in April 2017 we will see a significant uplift in the sport’s central funding that will benefit our participants and the many local communities which racing supports across all corners of the country.

“British racing is committed to working closely with our partners in the British betting industry to make a success of this new environment, and grow what is the most natural, exciting betting product to the future advantage of both our industries and the wider economy.” 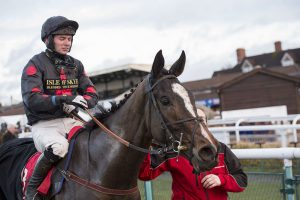 Up Next
One for the north