The President of the Racehorse Owners Association (ROA) has called for a new ‘racing right’ to help fund horseracing.

In her address to the annual general meeting of the ROA, Rachel Hood said a direct commercial relationship between the sport and the betting industry had to be created to stem the loss of around £25 million a year in income from bookmakers because of the inadequacies of the statutory levy created 50 years ago.

Speaking in London, she said: “The stakes could not be higher. The current levy system continues to fail racing.”

Rachel Hood, who is entering her final year as ROA President, said the existing levy – as a first step – needed to be extended to all forms of betting operators in line with the ‘point of consumption’ principle enshrined within the forthcoming Gambling Act.

“The second stage will involve replacing the levy with a racing right,” she said. “Not only will it remove the Government’s involvement from what should be a commercial discussion between the two industries, it will also move us away from undefinable and therefore damaging concepts at the heart of the levy framework such as the ‘needs of racing’ and ‘betting’s capacity to pay’.”

Hood added that she believed that the more enlightened within the gambling sector would see the racing right as an opportunity for a new approach. And, while dialogue between the sport and the betting industry to create a more attractive betting product had to continue, she said bookmakers also had a responsibility to promote racing rather than “filling betting shop windows with displays steering people towards gaming machines”.

The new Sports Minister Helen Grant, who took over her portfolio last October, was praised by Hood, who said: “Since her appointment, the minister has gone out of her way to understand our industry and its massive contribution to UK plc.”

She also applauded the current chairman of the British Horseracing Authority (BHA), Steve Harman, in post for the last 12 months, since when she said racing had increasingly “spoken with a single voice”.

Over the past year, the ROA President reported that progress had been made on prize funds, with growth of £10 million in 2014, assisted by the Horsemen’s Group prize-money agreements with 53 out of the 58 British racecourses. She asked for further progress to be made on prize-money when the 2015 fixtures are decided.

“A fair, transparent and competitive fixture allocation process in which a racecourse’s annual prize-money contribution is a significant factor must be the way forward,” said Hood. “Racecourses should be rewarded with fixtures for doing the right thing for the sport across their entire fixture list.”

As well as calling for a redefining of racing’s seasons and championships to increase the interest of the public in the sport, she also urged action on minimum values in races: “Addressing this is a priority as we need to ensure the growth in total prize-money is shared across all levels of ownership.”

In conclusion, the ROA President reported that significant progress for racing was being made.

“There is still much to be done and it is crucial the momentum we have built up over the last year or so is maintained as some of our biggest challenges lie ahead,” she said. “Racing must continue to speak with one voice and remain focussed on what it wants to achieve.” 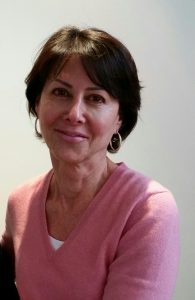 Up Next
TBA anounces two new Board members