Changes to French premiums cause a stir
Stories

New stallions come along each year and a high percentage of them fail to make enough of an impact to warrant a permanent berth at stud in Europe, which is why there’s always something reassuring about a glance at the table of leading broodmare sires. To earn a place there, stallions must first have proved themselves, and for a sire with real star quality his name can remain remain high on this list long after the his death.

Take, for example, the current top ten broodmare sires in Britain and Ireland. Only four are still alive and of that quartet, just one – Pivotal – is still on active service in Europe. The top slot is filled by the pensioned Kingmambo, whose daughter Tarfah is the dam of the high-earning three-time Classic winner and Tripe Crown hopeful Camelot (Montjeu).

Filling the next three slots are the perennially successful Sadler’s Wells, Danehill and Darshaan and combinations of this late trio are more often than not found close up in both the top and bottom halves of Group performers’ pedigrees.

The list of good horses out of daughters of Sadler’s Wells runs to many pages, but this season’s best include tomorrow’s King George starter Reliable Man (by Darshaan’s son Dalakhani), Thomas Chippendale and The Fugue (both by Danehill’s son Dansili), and Grand Prix de Chantilly winner Aiken (Selkirk).

Frankel has long been the flagbearer of those stakes winners to emanate from the Galileo-Danehill cross, which also boasts Maybe. Street Cry has also had some success with daughters of Danehill this season, with Ribblesdale winner Princess Highway and Falls Of Lora both being bred on that cross, while Group 3 winner Sapphire and the Falmouth Stakes-placed Siyouma are both by Medicean.

Fifth-placed Pivotal is the only stallion among the top ten still to be covering in Europe (ninth-placed Spectrum stands in South Africa) and arguably his greatest success as a broodmare sire came last Saturday with Mayson’s July Cup victory, but he has also come close to two other Group 1 victories in that category this season via Derby runner-up Main Sequence.

In what would turn out to be a vintage Prix du Jockey-Club of 1984, Darshaan led home Sadler’s Wells and Rainbow Quest, another name never far from the list of leading broodmare sires. The Juddmonte stalwart, who died in 2007, lies currently in sixth place with Irish 1,000 Guineas winner Samitar (Rock Of Gibraltar) among his daughters’ best runners this term, along with 1,000 Guineas runner-up Starscope (Selkirk).

Green Desert, now in retirement at Shadwell, is in seventh place, his daughter Alluring Park having provided the Oaks winner Was (Galileo), and he is followed on the list by Indian Ridge, broodmare sire of Excelebration (Exceed And Excel) and Irish 2,000 Guineas third Reply (Oasis Dream). 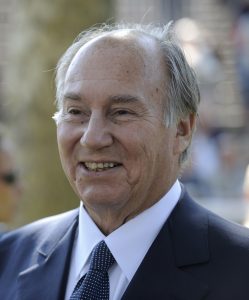 Up Next
Changes to French premiums cause a stir