His famous silks were carried to victory in three Grand Nationals

The National Hunt world has lost one of its most ardent supporters with the death of leading owner Trevor Hemmings at the age of 86.

Hemmings saw his famous green, yellow and white silks carried to victory in three Grand Nationals, enjoying his first victory with Hedgehunter in 2005 and following up with Ballabriggs in 2011 and Many Clouds in 2015.

His fascination with the Aintree showpiece began during his days working for holiday camp entrepreneur Fred Pontin, owner of 1971 National winner Specify.

Speaking to Owner Breeder in April ahead of his bid for a record fourth triumph with Cloth Cap, Hemmings said: “The Grand National has been around me a very long time and I’ve always been a great follower of the race.

“However, it was 1992 before I had my first Grand National runner, Rubika, who finished down the field.

“I must have had a dozen or so runners in the race and not much luck before Hedgehunter in 2005, when I had a brilliant jockey in Ruby Walsh and a brilliant trainer in Willie Mullins.

“That was a real family success, with Willie’s parents Paddy and Maureen both present, as well as his wife Jackie and their son Patrick, and it was marvellous being a part of it.

“It was very special and finally achieving my ambition was the highlight of my racing life so far. It was in the old winner’s enclosure, too, which had such a unique atmosphere. I was quoted then saying that my life was complete, but it turned out it was only part one of it.” 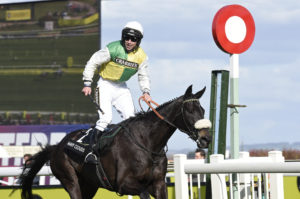 He tasted success at this year’s Festival when Vintage Clouds and Ryan Mania captured the Ultima Handicap Chase. Hemmings enjoyed a long and successful partnership with Vintage Clouds’ trainer, Sue Smith, dating back to the late 1990s and horses of the calibre of Eirespray and popular staying chaser The Last Fling, winner of the Edward Hanmer Chase, Peter Marsh Chase, De Vere Gold Cup and Warwickshire Gold Cup.

Hemmings was also a National Hunt breeder, his homebreds raised at Gleadhill House Stud in Chorley, Lancashire. The dispersal sale of Hemmings horses at Goffs UK in September 2020 saw him reduce the number of horses in training by around two thirds as 56 horses found new homes.

A proud Lancastrian – although he was born in south London, moving north with his family aged five – Hemmings owned Preston North End FC, who confirmed his passing on social media.

The tributes came thick and fast, including from Donald McCain, trainer of his Grand National winner Ballabriggs, who said on Twitter: “Shocked and saddened to hear that Mr Hemmings passed away yesterday, a gentleman and a huge support to myself and my family for many years. There can be no bigger loss to National Hunt racing.”

Sir Anthony McCoy, who partnered Hemmings’ Albertas Run to Grade 1 victories at Cheltenham and Aintree, said: “Desperately sad news that Trevor Hemmings has died. I’m very proud to have worn his iconic colours on many wonderful days. He was a great friend to many but a greater friend to our sport and that of his beloved Preston North End. Thoughts with all his family and friends.”

Hemmings enjoyed a fabulously successful business career, including a significant property empire, and The Sunday Times Rich List 2021 valued his fortune at £1.115 billion.

The Covid era posed a huge challenge to companies around the globe but Hemmings, latterly based on the Isle of Man, negotiated the period with skill and compassion, explaining to Owner Breeder in April: “We’ve kept 360 closed pubs going, with a lot of staff furloughed, and we’ve kept a lot of other businesses going without furlough.

“After the experience of 2007 and 2008, when we all lost massive amounts of money, I ensured that all my businesses had more ‘wool’ around them in order to survive a crisis, and when I cut back on my horses it was to make sure that the bills could be paid for all of the other things.

“Preston North End is another passion of mine and I’m pleased to say the club is completely debt free, with all taxes and wages paid.” 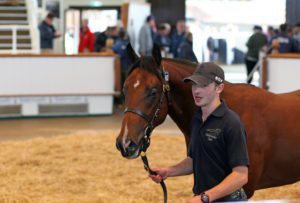 Up Next
Median soars 35% at Tatts October Book 2 opener