With Chantilly hosting the Qatar Prix de l’Arc de Triomphe for the first time in history, the 95th running of Europe’s most prestigious Flat race promised to offer an exciting feast for racing fans away from Longchamp.

He was to take his number of Arc wins to two as Found led home an unprecedented one-two-three for the stable, which will go down as one of the finest training performances in the modern era.

The four-year-old filly was held up not too far off the leaders under Ryan Moore while stablemate Order Of St George who chartered a lonesome furrow in the early stages, settled alongside leader Vedevani.

Favourite Postponed was positioned in a handy fourth under Andrea Atzeni one position ahead of this year’s King George VI and Elizabeth Stakes winner Highland Reel for the Coolmore team. As the field entered the home straight Moore pulled his filly out and duo shot through a gap to take the lead two furlongs out.

The daughter of Galileo maintained a healthy advantage over her 15 rivals into the final furlong scoring her third success at Group 1 level from stable companions Highland Reel and Order Of St George who filled out the placings.

As if almost on cue, Moore seals yet another Group 1 in what has been a magical season in alliance with the O’Brien team. Like his trainer he had only tasted success in the race once before. That came in 2010 aboard that year’s Derby winner Workforce for trainer Sir Michael Stoute and Prince Khalid Abdullah.

The achievement of having three runners in the Arc and all of them finishing in the first three is nothing short of remarkable. No doubt the highlight of his season, this Arc win adds to the 16 Group 1 wins already accrued.

The filly herself hasn’t been out of the first two in her last seven runs prior to this and ran a cracker just behind Almanzor in a hot-renewal of the Irish Champion Stakes.

Earlier in the afternoon, the James Fanshawe-trained Speedy Boarding got back up in a narrow finish to claim the Group 1 Prix de l’Opera over a mile and a quarter.

-Found added a second Arc to the Ballydoyle recordThe four-year-old daughter of Shamardal made the breakthrough at the highest level in France last time out when winning the Prix Jean Romanet. Having raced handily, jockey Freddie Tylicki asked her to quicken inside the final three furlongs.

She narrowly led inside the two pole but was strongly challenged by Pleascach on her inner who headed her but Speedy Boarding got back up to win by a short head with So Mi Dar running home strongly just in behind.

Sir Mark Prescott had plenty to celebrate after his three-year-old filly Marsha swooped late to land the fast and furious Prix de l’Abbaye de Longchamp in the silks of the Elite Racing Club.

Although one of the first under pressure, the daughter of Acclamation came through with a sustained challenge between horses under Luke Morris to win by three quarters of a length from the fast-finishing Washington DC. 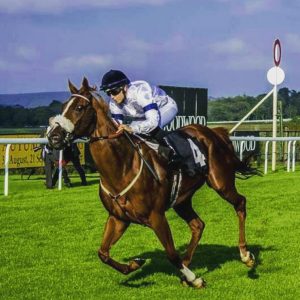 Up Next
Bound for success