He may be known to the majority in horseracing as simply ‘AP’ yet the 20-times champion jump jockey will have to get used to the title of Sir Anthony after his knighthood by the Queen in the New Year’s Honours list.

McCoy said he was “so proud and so humbled” to receive the accolade, becoming only the second jockey ever to be knighted after Flat legend Sir Gordon Richards in 1953. The Ulsterman beat Richards’ record of 269 winners in a season, set in 1947, when enjoying 289 victories in 2001/02.

Tributes have flooded in from his friends and former colleagues in the sport. Trainer David Pipe, son of Martin Pipe with whom McCoy forged an unstoppable partnership, tweeted: “Arise Sir Anthony McCoy! Sincerest congratulations from all at Pond House. We couldn’t be any more pleased for you.”

After a career that yielded 4,348 jumps winners, including two Cheltenham Gold Cups and a Grand National, McCoy retired from the saddle at the end of the 2014/15 season, his farewell at Sandown Park proving an emotional afternoon for all concerned.

McCoy, 41, was the BBC Sports Personality of the Year in 2010, the year he won the Grand National on Don’t Push It for long-term backers JP McManus and Jonjo O’Neill, and claimed the lifetime achievement award at December’s ceremony. 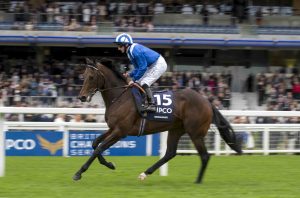 Up Next
Completing the circle