Top Ville Ben will test his Gold Cup credentials at Cheltenham today when he lines up in the Grade 2 Cotswold Chase for trainer Phil Kirby and owners the Harbour Rose Partnership.

The eight-year-old was in imperious form last month, recording an easy eight-length success in the Grade 3 Rowland Meyrick Chase at Wetherby on Boxing Day.

That performance led Kirby and connections to outline a tilt at the Gold Cup, entering Top Ville Ben in Cheltenham’s showpiece when the entries closed earlier this month.

The field is completed by the Tim Radford-owned Mister Whitaker and Colin Tizzard’s Slate House.

Ahead of the Cotswold Chase, Kirby said: “He has to go and back up that performance [at Wetherby].

“He used to be a bit of a tricky jumper, but we’ve sorted that out now. He’s relaxing and he’s a better horse than he was, so hopefully he’s going the right way. 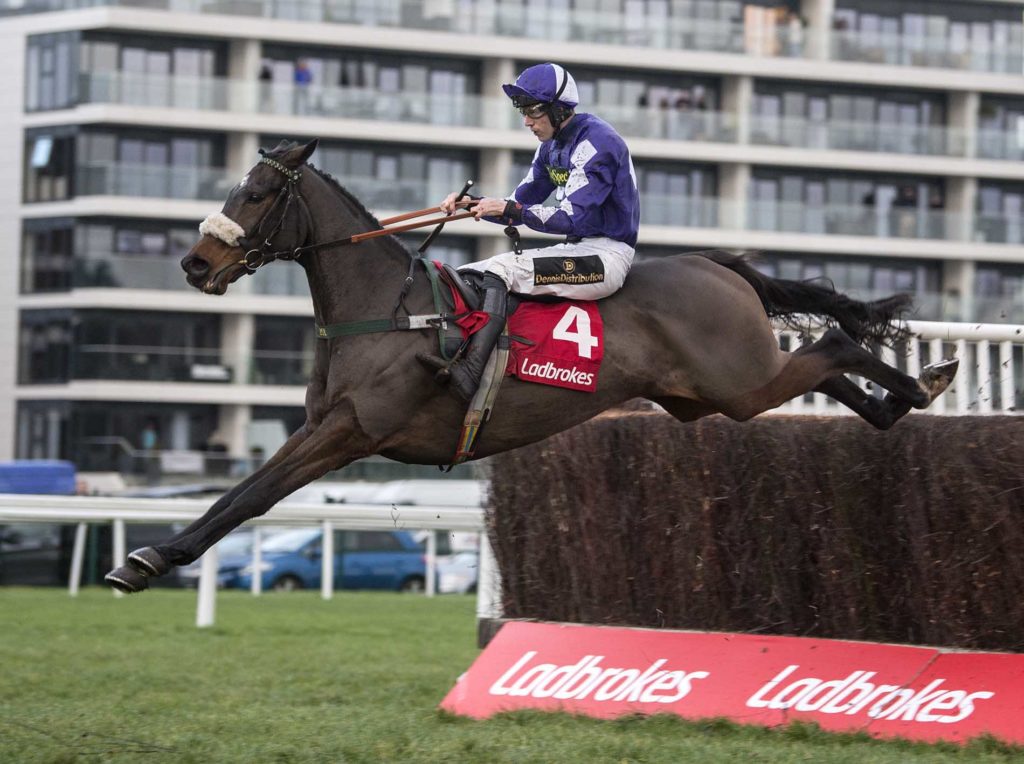 “Top Ville Ben is improving all the time and his last run was a massive improvement so it would be great if he can step forward from that.”

Kirby, who was in attendance at the Goffs UK January Sale earlier this week, confirmed that Top Ville Ben’s long-term target is indeed the Gold Cup in March.

The gelding contested last season’s RSA Novices’ Chase won by the Paul Nicholls-trained Topofthegame, when he fell at the sixth fence when prominent.

“As long as he can hold his own and be competitive at this level then we will go and take our chance in the Gold Cup,” Kirby said. “I don’t see any reason why he won’t and I’m not going there to make the numbers up.”

Away from Cheltenham, Kirby’s other star performer, Lady Buttons, will bid for back-to-back victories in the Grade 2 Yorkshire Rose Mares’ Hurdle at Doncaster.

The ten-year-old will be partnered by Sean Quinlan for the first time as regular jockey Tommy Dowson travels to Gloucestershire to ride Top Ville Ben.

Of Lady Buttons’ chances, Kirby added: “I know we’re dropping her back to hurdles again, which she perhaps isn’t as good over, but she’s favourite and I think she’s got a favourite’s chance of winning. 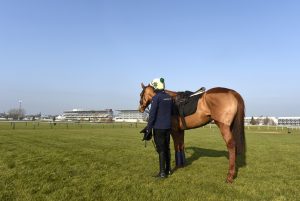