King of Kempton once more

British racegoers were first treated to the sight of Kauto Star when he lined up for the Western Daily Press Club Novices’ Chase at Newbury’s Christmas meeting in 2004 and delivered a nine-length beating to his compatriot and joint-favourite Foreman.

The Racing Post’s analysis of that race commented on “an exhilarating British debut from Kauto Star that had his Arkle odds rightly tumbling” but injury sustained in a fall on his next start meant he couldn’t take his place in that season’s Arkle Chase.

He has more than atoned for that omission in the intervening years. Seven seasons on, he is still dazzling the crowds at Christmas and, despite being a dual Cheltenham Gold Cup winner, he will always be associated first and foremost with Kempton, where he has stolen Desert Orchid’s crown by capturing a record-breaking five King George VI Chase victories.

The image of Kauto Star vanquishing last year’s King George and Gold Cup hero Long Run on Boxing Day 2011 will long be held in the hearts and minds of those present and the millions more who watched his outstanding victory on television.

For an 11-year-old to win a top-class jumps race is not unusual, but in the case of this most celebrated of steeplechasers, his victory is made all the more sensational by the fact that he has lined up for this race for six years in succession and has been defeated only once, when third last year. His extraordinary athleticism, together with soundness and a seemingly unflappable temperament combine to make him the perfect National Hunt racehorse.

Among the first horses to arrive at Kempton on Boxing Day, he was rightly allocated box number one in the racecourse stables. From his position at the top of the yard he calmly watched others come and go, his ears flicking back and forth at the cheers from the crowd which accompanied the finishes to the races before his. But there was only one race on the card that really mattered and the loudest roar of the day was reserved for the king of Kempton, Kauto Star. 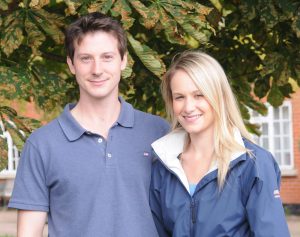 Up Next
First winner for our man Tate