King Of Change to stand at Derrinstown Stud

Derrinstown Stud will welcome the Group 1-winning King Of Change to its roster in County Tipperary for 2021. His debut fee has been set at €7,000.

The son of Farhh was trained by Richard Hannon to win three races, notably the Group 1 Queen Elizabeth II Stakes at Ascot as a three-year-old in 2019. 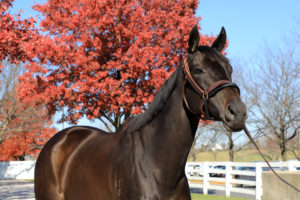