Frankel’s dam may not feature on the list of top broodmares yet, but it won’t be long before she does

In a recent Racing Post survey to ascertain the bloodstock industry’s favourite broodmare, Urban Sea, the dam of Galileo and Sea The Stars, was the clear winner, accruing 27% of the votes cast.

Her Derby-winning son Galileo is now arguably the world’s most successful active stallion and is responsible for the best horse of the modern era, Frankel. Such is Frankel’s popularity that it’s surprising that his dam Kind didn’t feature among the top ten broodmares in the poll.

There’s no doubt she will do in years to come if her early success in the paddocks is anything to go by. Frankel was her second son, following in the footsteps of his three-parts brother Bullet Train, often  literally, as his year-older sibling regularly acted as his work mate and lead horse.

Before the days of Frankel, Bullet Train was an interesting horse in his own right with pretensions of Classic success. The son of Sadler’s Wells won his sole juvenile start followed by the Group 3 Lingfield Derby Trial the next season. His experience at Epsom was less happy, as he trailed home last of the 12 runners, with fellow Juddmonte runner Workforce claiming the spoils in Prince Khalid Abdullah’s second colours. The last six starts of Bullet Train’s career, five of which came during his five-year-old season, were all in Group 1 company but each time he was performing arguably the most important role of his racing career as a pacemaker for his brother.

With Frankel having retired to Banstead Manor Stud and Bullet Train sold to stand at stud in America, the focus switches to Kind’s next three foals, and they too are no slouches. Four-year-old Noble Mission couldn’t possibly live up to the extraordinary example set by his famous full-brother but he holds his own and won the Listed Tapster Stakes at Goodwood last Saturday. It was his third black-type victory, having landed last year’s Group 3 Gordon Stakes following his early-season success in the Newmarket Stakes.

Three-year-old Morpheus, by Juddmonte’s homebred stallion Oasis Dream, has raced just three times to date, finishing second in a Goodwood maiden on May 9 to earn a rating of 82. However, he has already been outpointed by his two-year-old sister Joyeuse, the fifth member of the family to race for Sir Henry Cecil. The filly made a winning debut at Lingfield on May 28 and is now likely to head to the Group 3 Albany Stakes at Royal Ascot.

Kind’s first three foals have already amassed 14 Group wins between them and the daughter of Danehill must surely be odds-on to have yet more black type stamped onto her page before too long. 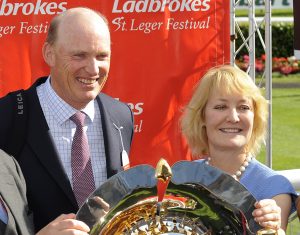 Up Next
Family well Versed in success