Sowing the seeds of success
Stories

Kerry Murphy has been appointed to succeed Sam Sheppard as Chief Executive Officer of the EBF and will take up her position from the beginning of January 2013.

For the ast four years, Murphy has overseen the running of the Racing Post Yearling Bonus Scheme and has previously worked for Juddmonte Farms and trainer Sir Michael Stoute.

She said: “I am delighted to join the team at the EBF at such an important time. The EBF plays a hugely important role in boosting prize money via the support of the breeding industry which is crucial during the ongoing economic problems we are facing.

“I look forward to working with the current team to build on the success of the EBF, which owes much to the hard work of Sam Sheppard over the last 30 years.”

Murphy joins the current EBF staff of Cheryl Caves, Candy Wight and Susan Carroll at Stanstead House in Newmarket. Sam Sheppard, who retires at the end of the year, has been Chief Executive since the inception of the EBF some 30 years ago.

Charles-Henri de Moussac, Chairman of the EBF Co-Ordinating Committee, said: “I, together with Philip Freedman and Harry McCalmont, interviewed several first-class candidates for the job. Kerry’s experience within the bloodstock business persuaded us that she was the right person to take over from Sam. She will be joining the small, dedicated and tenacious team at Stanstead House, and we look forward to seeing the EBF continue to thrive under her leadership.” 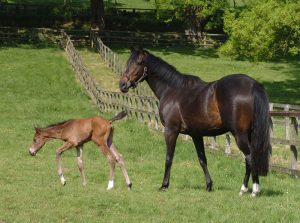 Up Next
Sowing the seeds of success