‘Lemon Drop Kid is an unbelievable stallion, and his influence is going to continue to grow’ 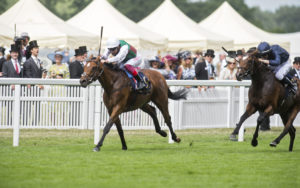 Without Parole: Group 1 winner is out of a mare by Lemon Drop Kid. Photo – George Selwyn

Lemon Drop Kid, a stalwart of the Kentucky industry for the best part of two decades at Lane’s End Farm, has been pensioned from stud duty at the age of 25.

The son of Kingmambo will remain at the farm to enjoy the rest of his retirement.

“Lemon Drop Kid has been a Lane’s End stalwart for 20 years,” said Lane’s End’s Bill Farish. “We are very fortunate to be associated with a horse like him. We want to thank the syndicate members and breeders who have supported him for the past two decades. His legacy will live on through his sons and daughters across the globe.”

From the second crop of the Niarchos’ Classic winner Kingmambo and a relation to A.P. Indy, Lemon Drop Kid won the Grade 1 Futurity Stakes as a two-year-old. The following year, he went on to land a dramatic renewal of the 1999 Belmont Stakes by a head from Vision And Verse, with the Triple Crown-seeking Charismatic injury stricken in third.

A tough campaigner, he also won the Grade 1 Travers Stakes at three, and Grade 1 Whitney Handicap and Grade 1 Woodward Stakes during a championship four-year-old season.

Retired to stand alongside his sire at Lane’s End, Lemon Drop Kid became a remarkably versatile sire as the source of 54 black-type winners on dirt and 55 black-type winners on turf. They included nine Grade 1 winners, among them Cannock Chase, who captured the Canadian International for Sir Michael Stoute and now stands at Vauterhill Stud, and Kentucky Oaks heroine Lemons Forever.

However, it is as a broodmare sire where Lemon Drop Kid’s influence is likely to be most keenly felt. To date, his daughters have produced 66 black-type winners, including eight champions. The list includes St James’s Palace Stakes winner Without Parole and the Breeders’ Cup Dirt Mile winner Tamarkuz, who were bred by John Gunther out of Without You Babe, and the Grade 1-winning sisters Unbridled Forever and Forever Unbridled, both daughters of Unbridled’s Song produced by Lemons Forever.

“He represents a very important sire line of Mr. Prospector through Kingmambo, which is rare here…but a relevant line internationally,” pedigree consultant Sid Fernando said in a recent virtual press event at Lane’s End Farm. “Even at his age, Lemon Drop Kid is an unbelievable stallion, and his influence is going to continue to grow. This is a line that adds a lot of stamina to pedigrees, which we really need nowadays.” 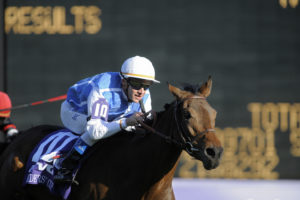