In the ring with Tim Kent
Stories

The best of British jumps breeding was celebrated on Wednesday evening via the annual TBA National Hunt Awards Evening, hosted this year by Nick Luck as a virtual event in place of the annual National Hunt Breeders’ Celebration Dinner in Doncaster.

“I think what sets Kayf Tara apart is what is between the ears,” said Overbury Stud’s Simon Sweeting. “They’re tough, they jump fences well, they jump hurdles well and they want to win.

“There’s too many highlights to choose from. There was Thistlecrack – the ride we had with him was very exciting. Special Tiara was very special to me as winner of the Queen Mother Champion Chase. Thyme Hill and Ballyandy were obviously bred here – they’ve been really exciting. Then there’s a horse like Kayf Aramis who started off from humble beginnings when Kayf Tara was at the beginning of his career and he managed to go on and win at the Festival. There’s been a lot of fun along the way.”

“You can’t dream of breeding a horse like Honeysuckle”

Kayf Tara also featured as the sire of Ballyandy. Bred by Jeremy Hinds’ Pleasure Palace Racing and a Grade 2-winning hurdler during the past season, the nine-year-old was given the honour of Leading Hurdler and the Overbury Stud Trophy.

Another outstanding campaign for the unbeaten Honeysuckle, which featured four victories including the Grade 1 Close Brothers Mares’ Hurdle, was recognised as she secured the Leading Hurdler Mare Award (Yorton Trophy). Bred by Dr. Geoffrey Guy, her exploits on the track also ensured that her dam, the late Lando mare First Royal, won the Dudgeon Cup for NH Broodmare of the Year.

Appropriately, Honeysuckle is a daughter of Sulamani, who spent his final years at Yorton Farm.

“You can’t dream of breeding a horse like Honeysuckle,” said Doug Proctor of The Glanvilles Stud, representing Dr. Geoffrey Guy. “Her novice career was exciting. The Hatton’s Grace was the big test, was she going to make it out of novice company. And then to go on and win the Irish Champion Hurdle over a distance that isn’t hers, that was again incredibly exciting.

“I always liked her as a foal because I sent the mare straight back to Sulamani. I don’t think I could ever pretend that I could see anything in her that was that good. But when she sold at Fairyhouse, I told every agent going she was a nice filly – Mark O’Hare was the one who made the right decision [O’Hare paid €9,500 for the filly].” 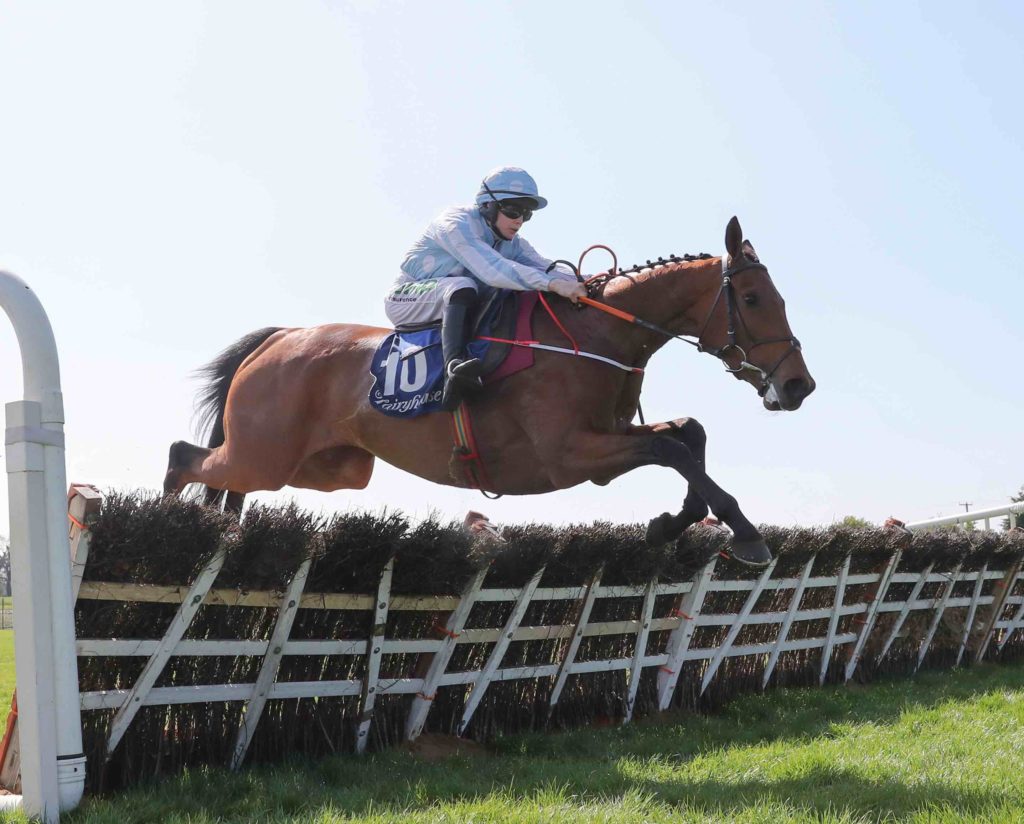 The ever popular Lady Buttons, bred by Keith and Jayne Sivills, landed the Leading Chaser Mare award (Distillery Stud Trophy) for the third year in a row following a season that included a win in the Grade 2 Yorkshire Rose Mares’ Hurdle at Doncaster, while David and Kathleen Holmes received the Shade Oak Stud Trophy for Midnights’ Gift, who was crowned the Leading Novice Hurdling Mare. The Listed-winning four-year-old is a daughter of the Holmes’ much-missed Midnight Legend.

Fittingly, it was another daughter of Midnight Legend, Legends Ryde, who won the Midnight Legend Trophy, given to the Leading NH Flat Mare. The Jamie Snowden-trained mare was bred by Downfield Cottage Stud.

“I’m chuffed that Legends Ryde has done so well for herself,” said Rachel Tregaske. “Thank you very much to the TBA and David and Kathleen Holmes – it’s so good that a Midnight Legend filly has won this award. We had the granddam so we’ve had the family for two decades. We also have a half-brother to Legends Ryde by Kayf Tara and fingers crossed he’ll be alright.”

Top chaser Santini has become something of a standing dish at this event, having previously landed the Leading Novice Hurdler and Leading Novice Chaser awards, and Richard and Lizzie Kelvin-Hughes’ homebred was once again to the fore, this time as winner of the Leading Chaser category, sponsored by Highflyer Bloodstock. The son of Milan, who is out of Tinagoodnight, enjoyed an excellent season for Nicky Henderson, winning the Grade 2 Cotswold Chase before going down by only a neck in the Cheltenham Gold Cup.

Meanwhile, the Leading Novice Chaser category, for which the winner received the Peel Bloodstock Trophy, was awarded to Copperhead, who was bred by Jane Micklethwait with her late husband Richard. The Colin Tizzard-trained son of Sulamani, who is out of the smart Josr Algarhoud mare How’s Business, enjoyed his finest moment when sauntering to a 17-length win in the Grade 2 Reynoldstown Novices’ Chase at Ascot in February.

“I wanted another mare so I went to Doncaster sales,” said Micklethwait of how she came to acquire How’s Business. “I liked the look of How’s Business and she had by far the best racing record of the lot. She had won eight races, including a Listed race. The extraordinary thing about her pedigree was that for a stayer, her granddam was Soba. I was a massive fan of Soba when she was racing – she was an exceptional, tough sprinter – and I was rather intrigued by that.”

The Batsford Stud Trophy, given to the Leading NH Flat Horse, was won by Peter Phillips, breeder of the unbeaten Black Sam Bellamy gelding Red Rookie. The two-time winner was bred by Phillips out of the Auction House mare Auction Belle.

A pair of special recognition awards were also presented. The first, the Eric Gillie Ltd Trophy, was given to Roy Smith, breeder of the popular hurdler Unowhatimeanharry. The son of Sir Harry Lewis had missed out on winning at these awards in past years, but newly into the 2019/2020 season gained his fourth top-level win with a second victory in the Grade 1 Ladbrokes Champion Stayers Hurdle at the Punchestown Festival.

The final award of the evening was the Queen Mother’s Silver Salver, which was presented to Peter and Emma Hockenhull of Shade Oak Stud. The duo have been long-standing members of the National Hunt fraternity and stood a bastion of the British National Hunt breeding game in Alflora, whom they bet their farm on his success.

TBA Chief Executive Claire Sheppard said: “A key event within the jump breeding community, it was a sign of the times that this year’s awards evening was to be staged virtually. However, it has been a fabulous evening with last season’s finest being showcased and rewarded and I would like to congratulate all nominees and winners.

“I would like to take this opportunity to thank the TBA’s NH Committee, Nick Luck and all of our sponsors for their vital ongoing support.” 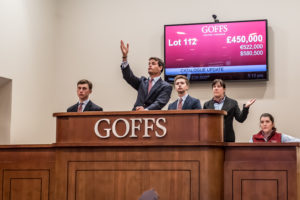 Up Next
In the ring with Tim Kent