Mishriff added a domestic Group 1 to his haul when he showed a stunning turn of foot that saw him come home clear of his rivals in the Juddmonte International Stakes at York on Wednesday.

The four-year-old had been beaten by this year’s Derby winner Adayar in the King George and could manage only third behind St Mark’s Basilica in the Coral-Eclipse last month, but he proved different class on this occasion.

There were clear signs he was back to his very best, as he had been in the Saudi Cup and Sheema Classic earlier this season, as he sauntered into the lead with three furlongs left to run.

Once in front, jockey David Egan urged his mount on and the pair soon surged away from the pack to cross the line with a six-length advantage. Alenquer came through to finish second, half a length ahead of the Aidan O’Brien-trained Love.

John Gosden, who trains Prince Faisal’s homebred with his son Thady, said: “At a mile and a quarter he’s a brilliant horse. He’s done nothing wrong and has now come to his very best. I think we’ve seen the finished article. 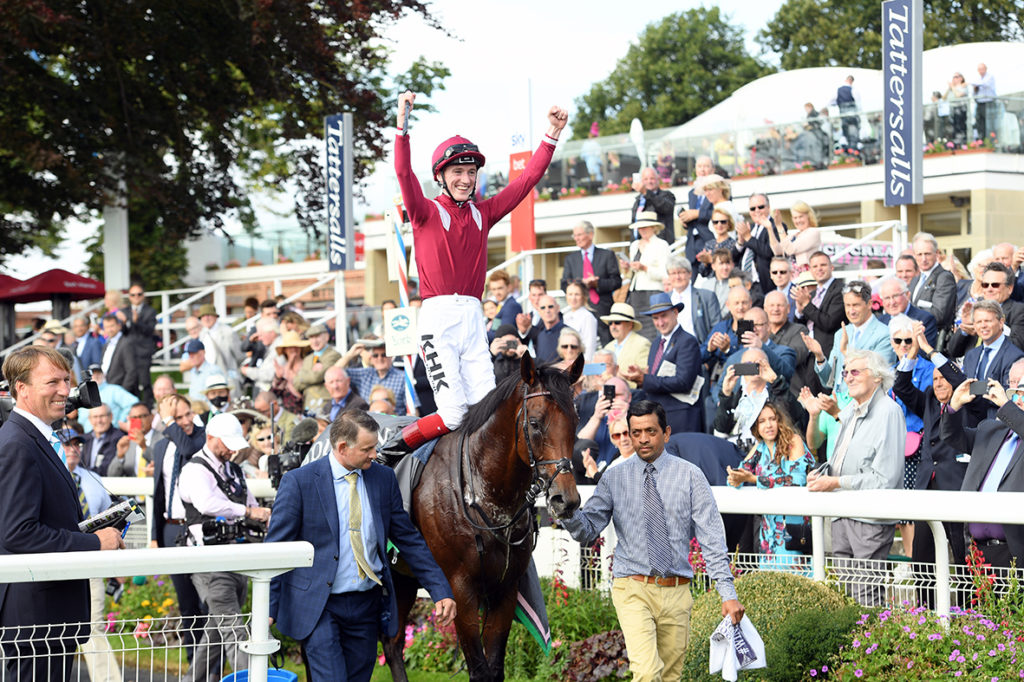 “He went as a three-year-old to run in the Saudi Derby and then the Saudi Cup at four, so this year was always going to be a winter campaign then back for the summer. This is the race we’ve talked about since last summer before making him a stallion for Europe.

“He blew up a furlong out in the Eclipse and then was second to a very good Derby winner trying to give him eleven pounds in the King George. I was thrilled with him today.

“I want to freshen him up again as there’s a campaign for him deep into the autumn. There’s QIPCO Champions Day and the Arc but I wouldn’t run him on very testing ground. Then the Breeders’ Cup Turf and the Japan Cup too.

“He wouldn’t be one for the Breeders’ Cup Classic this year. It’s a very short straight at Del Mar and that wouldn’t suit him at all. He needs a Belmont straight, not a Del Mar one.”

Egan added: “I’m just so privileged to be put in the position to ride for Prince Faisal and ride a horse like Mishriff for Mr Gosden. Winning the Juddmonte International, it’s stuff I’ve dreamt of my whole life.

“The Saudi Cup and the Sheema Classic were fantastic – and to win a Group 1 in the UK, especially the Juddmonte International with the Saudi Arabian connection for Prince Faisal, it’s very, very special. This just proves he can do it overseas and he can do it at home.”

Royal Patronage made all to take the Group 3 Acomb Stakes for trainer Mark Johnston and owners Highclere Thoroughbred Racing earlier on York’s card.

It was an eye-catching performance from the two-year-old son of Wootton Bassett, who defeated Imperial Fighter by two and a quarter lengths.

Winning jockey Jason Hart told Racing TV: “I was impressed. Obviously it was different ground to when he won his maiden at Epsom – it’s a lot quicker today. I liked the gears this lad’s shown – he picks up when you ask him to.

“He’s a horse that only does what he has to, but when it gets serious he starts fighting for you. I was very confident in this lad. He gave me a nice feel at Epsom and he gave me a nice feel from three to four [furlongs] – I knew it was going to take a good one to pass me anyway.” 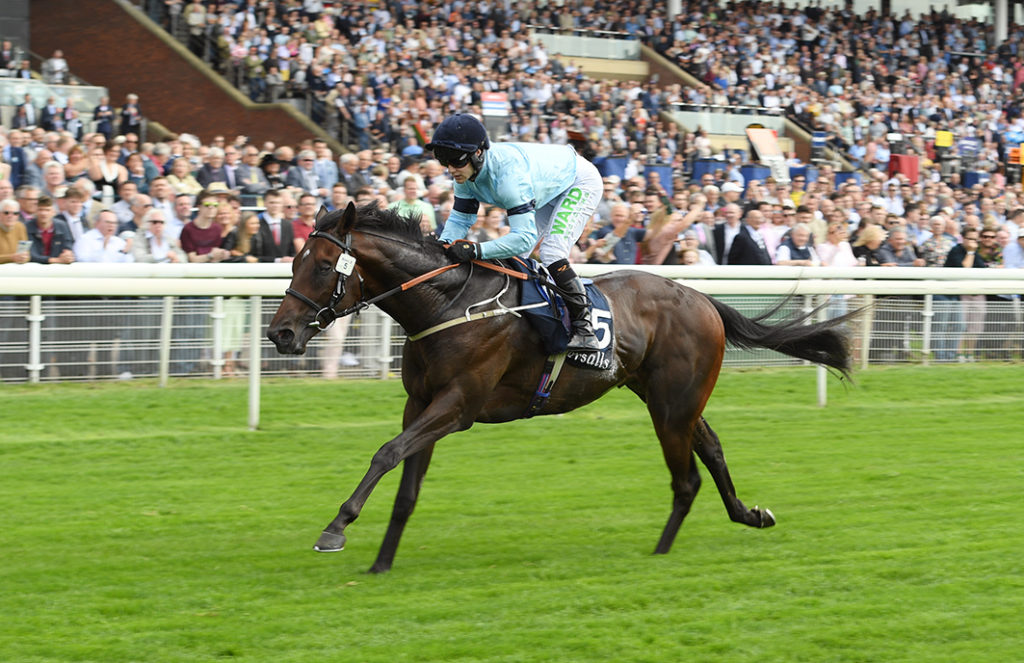 Johnston added: “While he was the most exposed, I was surprised he was the outsider but there was plenty of hype around the other runners. We were discussing after Epsom that this seemed the obvious place to come and we did bring him to the Dante meeting which shows what we thought of him.

“He was over six first time out, ran well second time at Sandown and then showed what we always thought of him at Epsom. We won this with Bijou d’Inde way back when it was a conditions race.

“Darryll Holland rode him, jumped off and said he was a Group 1 horse and I think you need to be one to win the Acomb.

“He’s won a Group 3 and the only way is up for the moment. Jason rode him last time and does ride fairly regularly for us, so was the obvious choice to ride. I’m not sure where we’ll go next, he’s got quotes for the Guineas but he might be more a Dante type.”

The application of a first-time hood on Yibir proved all the difference as Godolphin’s charge battled to victory in the Group 2 Great Voltigeur Stakes at York under James Doyle. 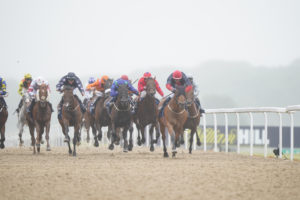