Joshua Tree’s love affair with the Canadian International continued on Sunday with the six-year-old recording his third victory in the race. He was also runner-up to Sarah Lynx in 2011.

His three wins in the Grade 1 mile-and-a-half contest have been secured under three different jockeys for three different trainers. After being bought as a yearling by Demi O’Byrne for 360,000gns, the son of Montjeu started his racing career at Ballydoyle and won three races under Aidan O’Brien’s guidance. These included the Group 2 Juddmonte Royal Lodge Stakes and his first success at Woodbine in 2010.

Following a stint in Qatar in the stable of Ibrahim Saeed Al Malki, Joshua Tree returned to Europe to be trained by Marco Botti, for whom he ran in two Canadian Internationals – finishing second then first – and also won the Group 2 Prix Kergorlay in Deauville. His latest move was his shortest to date, switching from Botti’s Prestige Place in Newmarket to Ed Dunlop’s La Grange Stables next door.

A runner-up finish to Verema in the Kergorlay followed by an unplaced outing in the Prix de l’Arc de Triomphe preceded Joshua Tree’s latest trip to Canada. Partnered by Ryan Moore, he overcame a sluggish start to track the leading pack before taking up the running two furlongs out to come home three-quarters of a length clear of the Chad Brown-trained Hyper. The 10-strong field included three former European-trained runners – Slumber, Forte Dei Marmi and Lucayan – with Slumber finishing best of the trio in sixth. The German challenger Seismos, trained by Andreas Wohler, took third, while Nicolas Clement’s Now We Can was fourth.

Joshua Tree, whose dam Madeira Mist was also a winner at Woodbine in the Grade 3 Dance Smartly Handicap, was bred in Ireland by Lady Chryss O’Reilly’s Castlemartin Stud and Skymarc Farm. His full brother was sold for 600,000gns at the recent Tattersalls October Yearling Sale. 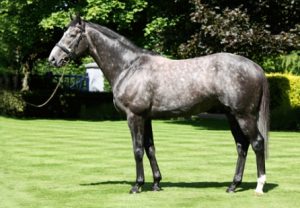 Up Next
Masterful performances from sons