JCR contribution up by £2.1 million

Investment will provide a boost to smaller tracks

Jockey Club Racecourses will invest an extra £2.1 million per annum, taking their contribution to British prize money up to £22.9 million in 2017.

Of that £22.9 million, a sum of £11.6 million will be invested in the National Hunt sphere and the remaining £11.3 million will go into the Flat.

Over half of the extra £2.1 million will be targeted at the grassroots of the sport with particular emphasis on their seven small courses. Each of their budgets will be increased by more than £100,000 each.

“The Jockey Club recognises that prize money provides an important return for racehorse owners and is vital to the livelihoods of trainers, stable staff and jockeys. It’s also essential to our sport’s competitiveness, so this is a real area of focus for us,” said Paul Fisher, Group Managing Director of Jockey Club Racecourses.

“In the last ten years we have contributed more than £162 million to prize money, which has seen us work hard to put in industry-leading sums each year from our own resources and I’m pleased we will be able to go further again this year to support the sport.”

In recent years, The Jockey Club have launched the Grassroots Jumps Series which expanded to become the Challenger Series. JCR host six £50,000 finals in a £315,000 card at Haydock.

Charlie Liverton, Chief Executive of the Racehorse Owners Association, said: “This announcement from Jockey Club Racecourses is excellent news for owners and horsemen, and I am further delighted that grassroots racing has seen particular focus.

“This extra support for the middle and lower tier of British Racing is clearly needed and is welcome.

“That is where it can help the majority of racehorse owners and horsemen and where more investment is needed around the country. It is also good to see such a strong additional investment in National Hunt racing.” 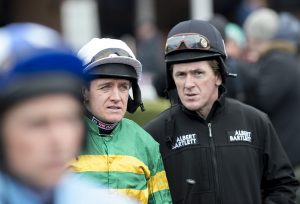 Up Next
Place on top in Boyne Hurdle