Jockey has turned down management role with Qatar Racing

Jamie Spencer has shelved plans to retire from the saddle at the end of 2014 to take up a management role with Qatar Racing and will instead continue to ride as a freelance next year.

After losing his retainer with Sheikh Fahad Al Thani’s operation in August, the 34-year-old former champion jockey announced that he would call time on his 17-year race-riding career but in a statement released on Sunday he said: “Sheikh Fahad and Qatar Racing offered me a wonderful opportunity to become part of their management team but, after much reflection, I have decided that at this stage in my life I am not going to accept it.

“I have discussed at length with Sheikh Fahad my decision to carry on riding and he fully understands and supports me. He appreciates that riding is what makes me happy and the last thing he wants to do is stand in the way of that.”

Spencer rode Trade Storm to victory in the Grade 1 Woodbine Mile for Qatar Racing in September and came agonisingly close to winning the Breeders’ Cup Classic on Toast Of New York for Michael Buckley. He retains the ride on the Jamie Osborne-trained colt, who is being primed for the Dubai World Cup in March.

Sheikh Fahad’s Racing and Bloodstock Manager David Redvers commented: Our priority throughout has been to support Jamie in whatever he decides to do. Should opportunities arise when our retained jockeys Andrea Atzeni and Oisin Murphy are not available then we would be delighted to use him. Jamie is the consummate horseman and a good friend and we wish him every success.” 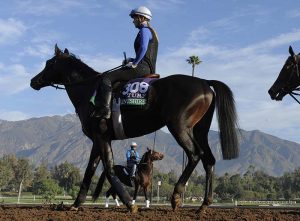 Up Next
Flintshire flies the European flag