From this weekend, James Doyle starts one of the most prestigious riding jobs in British racing as retained rider for Khalid Abdulla’s team of Juddmonte homebred horses in the UK.

His new job means that Doyle will take over the ride from William Buick on antepost 2,000 Guineas favourite Kingman, who runs in Saturday’s Solario Stakes at Sandown. He will also be first in line for such promising mounts as Frankel’s half-sister Joyeuse and the Ribblesdale Stakes winner Riposte, both of whom are trained by Lady Cecil.

“I hope to repay the faith [Khalid Abdulla] has shown in handing me one of the best appointments in world racing that a jockey can have,” said Doyle, who added that he was “honoured” to have been given the job.

Khalid Abdulla has not retained a jockey since 2007 when he parted company with Richard Hughes. Doyle, 25, has been the principal jockey for Roger Charlton’s stable and partnered Juddmonte’s Cityscape to victory in the Group 1 Dubai Duty Free at last year’s Dubai World Cup meeting. This season his chief success has come aboard three-time Group 1 winner Al Kazeem for owner/breeder John Deer.

The son of former trainer Jacqui Doyle and brother of jockey Sophie, Doyle considered leaving racing altogether in 2010 when his rides dried up but, sticking to his task, he was rewarded by being signed as stable jockey at Charlton’s Beckhampton Stables last year.

A statemtent on Charlton’s website read: “I am thrilled for James Doyle’s new appointment as retained jockey for Juddmonte Farms and it is a wonderful opportunity for him. Having won four Group 1 races for me recently I am not surprised that an operation as successful as Juddmonte Farms have recognised his talents.”

Doyle rode a treble on the Wednesday of the Royal Ascot meeting in June for three different trainers when Al Kazeem won the Prince Of Wales’s Stakes followed by Belgian Bill’s Royal Hunt Cup victory for George Baker and the win of the Clive Brittain-trained Rizeena in the Group 2 Queen Mary Stakes. 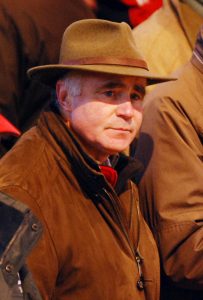 Up Next
First Group winners