Invincible in both hemispheres

One of the stallion success stories of the past decade has been the career of the Irish National Stud-based Invincible Spirit.

The son of Green Desert was a very good if not quite top-class sprinter in his racing days with John Dunlop (notwithstanding that he did record a Group One win as a five-year-old in the Haydock Park Sprint Cup in 2002). However, at stud he seems sure to go down as one of the greats.

With his first crop aged only seven, he has already been represented by such stars as the Prix du Jockey-Club winner Lawman, July Cup victrix Fleeting Spirit, Breeders’ Cup Juvenile winner Vale Of York and Cheveley Park Stakes heroine Hooray. However, his most prolific Group One winner is less well known on this side of the world: the diminutive Australian filly Yosei.

Although descending from the late Aga Khan’s hugely influential foundation mare Mumtaz Mahal, Yosei is a somewhat unlikely heroine. Not only is she very small, but she also comes from a small stable, being country-trained by Steve Webb in Victoria’s Yarra Valley, an area more generally known as the provenance of top-class wines than of top-class racehorses. She was not sold as a yearling, but is instead raced by a syndicate put together by her breeder, farrier John Pittard.

Over the past two seasons, Yosei, whose dam is a daughter of the Sunday Silence stallion Fuji Kiseki, has proved herself one of the unlikely heroines of Australian racing. Her Group One victory as a two-year-old in the AJC Sires’ Produce Stakes at Randwick was seen as something of a surprise at the time – but she has subsequently proved it to have been no fluke by winning firstly the MRC Thousand Guineas at Caulfield last October and, most recently, the QTC Winter Stakes at Eagle Farm on 25th June. In that race, as in the Sires’ Produce, she battled home for a narrow victory from one of Sheikh Mohammed’s Woodlands Stud home-breds.

As a daughter of Invincible Spirit from the Mumtaz Mahal damline, Yosei can, of course, in retrospect be said to have been bred for success. We can make the same remark about her jockey Michelle Payne, who has partnered her in all three of her Group One victories despite having spent several months on the side-lines in between times through injury.

Payne is the seventh successful jockey bred by her father, NZ-born former jump jockey Paddy. With four Group One victories to her name (the other one having come on the Bart Cummings-trained Allez Wonder in the Toorak Handicap at Caulfield in 2009), Michelle Payne, who rode for Luca Cumani when enjoying a successful working holiday in the UK two years ago, can be regarded as the second most successful jockey in the family.

Her elder brother Patrick ranks as one of Australia’s greatest jockeys of the modern era, with his haul including wins in the 2002 Cox Plate and 2003 Australian Cup on Northerly as well as three Group One victories on the great stayer Tie The Knot. Unfortunately, his size meant that Patrick, who is still aged only 36, did not enjoy a long career in the saddle, but he is now making up for that with an extremely successful training career. 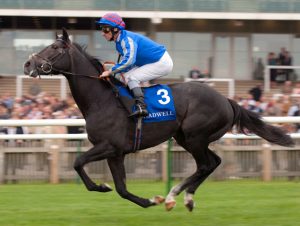 Up Next
Different profiles, same success