The BHA have launched an investigation into betting patterns just under a month before Faugheen was withdrawn from a bid to retain his Champion Hurdle crown.

After an emphatic success in the Irish Champion Hurdle at the end of January, thereafter the 2015 Champion Hurdler was strongly fancied to complete back-to-back victories in the race for owner Rich Ricci.

His only defeat in 13 starts came in the Morgiana Hurdle at Punchestown last November at the hands of stablemate Nichols Canyon. The son of Germany was as short a 4/11 leading up to his subsequent removal from the two mile feature.

Willie Mullins broke the news that his stable star had a suspected injury to a suspensory ligament on February 17, ruling the eight-year-old out for the rest of the season.

The investigation concerns the placing of several lay bets just before the news became official, with the amounts involved having been significant enough to affect the price. On the betting exchanges, Faugheen drifted from 1/2 out to odds against during the period from when it was understood to be known privately that the gelding was injured until the time of his actual withdrawal.

The BHA have confirmed that Mullins is not suspected of any wrongdoing and has in fact been assisting the authorities in their work, which included a visit to his Closutton yard.

“I was visited by representatives of the Turf Club and the BHA some months ago and provided them with the information they asked for,” said Mullins to the Irish Times.

“I haven’t heard anything else. I’m as anxious to know what happened, if anything happened, as quickly as possible.”

The identity of a source believed to have leaked the information is thought to be known, while the punters who placed lay bets on Faugheen have not been paid their winnings.

A number of similar cases have been investigated by the BHA in the past, whereby individuals have looked to profit from the use of inside information from injuries to high-profile horses. As yet no such case has resulted in any charges being brought.

Robin Mounsey, Media Manager at the BHA said: “It is BHA policy not to comment on investigations or speculation surrounding potential investigations.” 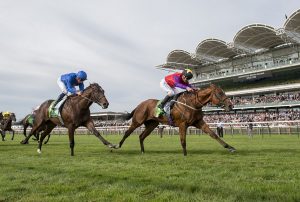