Delegates at the 2012 International Breeders’ Meeting at Tattersalls

Delegates present at the 2012 conference in Newmarket this week represented 19 of the 20 member countries and have issued a mission statement for the rebranded group as follows:

• To provide a platform for member countries to reflect, solve problems, educate and create opportunities for mutual collaboration and assistance.

• To address the various external challenges and opportunities faced by the International Thoroughbred Breeding Industry.

• To act as a liaison body with racing and allied institutions and authorities, so that the International Thoroughbred Breeding Industry is represented and given space on worldwide forums.

A range of issues were addressed at the conference, including the desire to recognise the valuable work of the International Collating Centre (ICC), based at the Animal Health Trust in Newmarket, which disseminates equine disease information to IBM member countries. An increase in funding for this project was agreed upon unanimously.

Thoroughbred Owners’ and Breeders’ Association (TOBA) representative Dan Metzger briefed his fellow delegates on progress being made regarding raceday medication in the US. TOBA and the American Jockey Club have united to launch a website, cleanhorseracing.org, to give voice to the growing number of people involved in American horseracing who oppose the use of performance-enhancing drugs in racing.

Delegates gave unanimous backing to Thoroughbred Breeders Australia by reaffirming its support Article 12 of the International Agreement, which states: “Any foal resulting from or produced by the process of artificial insemination, embryo transfer, cloning or any other form of genetic manipulation shall not be eligible for recording in a Thoroughbred Stud Book approved by the International Stud Book Committee.

Recent swift changes to the Pattern without consultation was considered a matter for concern, with members calling for increased involvement in discussion of reorganisation of the racing programme with relevant national and international bodies.

The afternoon session on bloodstock sales focused mainly on the potential increase of DNA performance profiling. The Federation plans to approach the Society of International Thoroughbred Auctioneers (SITA) and the companies offering such testing to discuss the matter in greater detail.

Each delegate made a presentation on their country’s approach to dealing with the problem of Thoroughbreds who are surplus to requirements or have failed to make the grade for racing. With Britain detailing its industry-funded Retraining of Racehorses scheme, the South American representatives indicated that many Thoroughbreds go on to play polo. Some member countries do not have such extensive secondary opportunities in place for ex-racehorses and this is an area which the Federation plans to continue to monitor closely.

Kirsten Rausing, Chairman of the 2012 International Breeders’ Meeting and outgoing Chairman of the TBA, said: “As ever, it has been both fascinating and educational to sit around a table with like-minded individuals to discuss the many issues which affect Thoroughbred racing and breeding.

“Working together with members from around the world will help us to ensure that the voice of the International Thoroughbred Breeding Industry will be heard loud and clear on such matters.”

The International Thoroughbred Breeders’ Federation consists of 20 member countries, with India and Korea having signed up for full member status at Wednesday’s meeting.

It will continue to operate with a secretariat – currently Sam Sheppard and Susan Carroll based in Newmarket – with the Chairmanship falling to a representative of the host country of the biennial meeting. The 2014 meeting will be held in Chile with Ireland having volunteered to host the 2016 meeting. Chilean members will nominate a Chairman to stand alongside Ireland’s Vice-Chairman.

The four-day International Breeders’ Meeting in Newmarket drew to a close on Thursday with delegates enjoying a trip to Sir Henry Cecil’s Warren Place, home of the world’s best racehorse, Frankel. 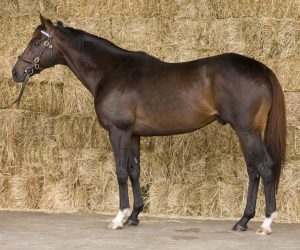 Up Next
Darley announce candidates for scheme