As a member of the TBA’s National Hunt Committee, David Futter has been at the vanguard of trying to improve the lot for owner and breeders of jumps-bred fillies and he has recently announced a fillies’ concession deal for all of his stallions.

For the 2015 season, any breeder whose mare is bred to a Yorton Farm Stud sire will pay only 50% of the covering fee on 1 October and if the mare subsequently produces a filly, will have to pay no further costs.

“The Filly Concession deal is something that we have been thinking about for a while, having followed the take-up of the scheme in Ireland,” said Futter, who works closely with the Cashman family at Rathbarry and Glenview Studs in Ireland.

He added: “Trading conditions are certainly going in the right direction in the UK, but there are still areas in which we can support and incentivise National Hunt breeders.

“Alongside the aims of the TBA National Hunt Committee, which has been working tirelessly to secure a sustainable future for National Hunt mares, we felt that it was important that Yorton Farm Stud was seen to be lending its own degree of support to breeders to encourage them to continue breeding until such time as the fillies are valued and recognised as an important part of the industry.”

While there has been improvement in the prices given for fillies at the National Hunt sales in recent seasons, especially in the store sector, they are still markedly lower than the figures returned by colts and geldings. The recent DBS January Sale saw a top price of £44,000 for a colt foal by Martaline, while the most expensive filly foal was a daughter of Network, who fetched €16,000.

Yorton Farm Stud stands five stallions: Malinas, Sulamani, Norse Dancer, Universal and Gentlewave, a son of Monsun who has moved from France to stand his first season in Britain. 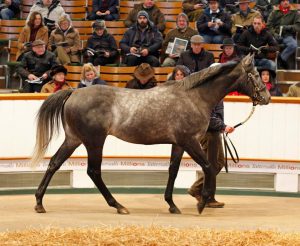