By The Owner Breeder staff 04 September 2016

Four-time Grade 1-winning hurdler Thousand Stars has been retired by connections after it was discovered that the 12-year-old has picked up a small stress fracture.

The grey gelding first began his career on the Flat in the French provinces for trainer Philippe Dermercastel where he won on his third start over 7f at Chantilly.

Trainer Liam Byrne took him back to Ireland at the end of 2007 where he would make several appearances for the County Wexford handler including in the Punchestown Champion 4yo Hurdle. Two years later he was to find himself in the clutches of champion trainer Willie Mullins.

His first start for his new yard saw him saunter home by eight lengths in a handicap hurdle at Naas under Ruby Walsh. Since then, the son of Grey Risk went on to become one of Closutton’s stalwarts and a standing dish at Graded level.

Thousand Stars gave owners Hammer and Trowel Syndicate – who also own brilliant race mare Quevega – a day to savour at the 2010 Cheltenham Festival when he ran out an impressive winner of the Grade 3 Vincent O’Brien County Hurdle. That day Ruby’s sister Katie was on board and she was to partner him another 14 times on the racecourse.

That success for the 31-year-old remains one of her greatest days in the saddle and she acknowledges how important the horse was in terms of her career trajectory.

“He was just a favourite of everyone. I got to ride him in so many Grade 1s and the day I won the County Hurdle on him at Cheltenham was really special,” reflected Walsh.

“I won a handicap hurdle on him in the fog at Fairyhouse one day and I suppose we thought he would probably be a decent handicapper. We never imagined he would end up being such a star.”

He was an iron horse. He was tough and sound and he never showed off at home

While at times overshadowed by the likes of stable-mates Hurricane Fly, Annie Power and Faugheen, he was to shine brightly on a handful of occasions across the Channel in Auteuil.

He secured back-to-back victories in the Grade 1 Grande Course de Haies d’Auteuil [French Champion Hurdle] between 2011 and 2012 under the Irish champion jockey. In between those he landed a first Grade 1 in Ireland when making all and asserting from runner-up Oscars Well in the Labrokes Morgiana Hurdle at Punchestown.

His final triumph came only last November as an 11-year-old back at Auteuil, when he prevailed in a close finish to beat British-raider Aubusson in the Grade 1 Grand Prix d’Automne over 3m.

Mullins said: “He was an iron horse. He was tough and sound and he never showed off at home.

“You would never see him do a flashy piece of work but he saved everything for the track. He was a favourite of everyone in the yard and had his own style of running.” 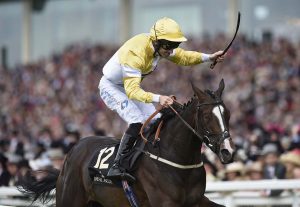 Up Next
Reflection meets no parallel in Sprint Cup