JCR contribution up by £2.1 million
Stories

Trainer Colin Tizzard revealed on Tuesday that his stable star Thistlecrack will miss the Cheltenham Gold Cup next month and the rest of the season after picking up a tendon injury.

As short as 3/1 for next month’s showpiece event, Thistlecrack initially shot to the head of the ante post market for the race after an impressive display in the King George at Kempton on Boxing Day.

His unbeaten record over fences however, came to an end last month on Cheltenham Festival Trials Day. Under testing conditions he was unable to get the better of the subsequently ill-fated Many Clouds in the Grade 2 Cotswold Chase.

Yet, just under 12 months ago the nine-year-old took all before him when running out a ready winner of the Labrokes World Hurdle with regular pilot Tom Scudamore in the saddle.

“Thistlecrack is out for the season, unfortunately,” said Tizzard. “He had a bit of heat in his leg last night and was a bit sore.

“We had the leg scanned this morning and he has a slight tear on his tendon. We’ve seen it at every yard and it happens every year.”

He is closely followed by the 11-year-old Cue Card, who impressed with another fine Grade 1 performance at Ascot last weekend and will be looking to make amends for last year’s unfortunate departure.

The son of Kayf Tara joins an ever growing list of high profile absentees from next month’s Festival.

Faugheen and Annie Power, winner’s of the last two Champion Hurdles, were both ruled out by Willie Mullins earlier this month.

Another two from the Closutton batallion, Min and Getabird, both supporting the Rich Ricci colours and strong fancies for the Arkle and the Champion Bumper, were also ruled out. 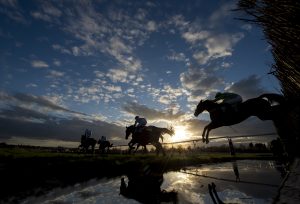 Up Next
JCR contribution up by £2.1 million