Galileo may be the champion Flat sire but, like so many sons of Sadler’s Wells, he is also capable of producing decent runners under National Hunt rules and his daughter Swing Bowler won Warwick’s new year’s eve bumper by eight lengths.

As her sporting name implies, Swing Bowler is out of the high-class jumping mare Lady Cricket, by Cricket Ball, a four-time winner at Auteuil in her native France before being bought to race in the colours of David Johnson, for whom she won a further seven races, including two Grade 2 chases and the Thomas Pink Gold Cup (now sponsored by Paddy Power) at Cheltenham in 2000.

The English phase of Lady Cricket’s career was masterminded by Martin Pipe, and Johnson, who retained his star mare for breeding purposes, has continued her link with the stable by sending her offspring into training with David Pipe.

Lady Cricket’s first foal Cricket Boy, a son of Alflora, was placed in a Listed bumper at Cheltenham but failed to win, but his half-sister, who has just turned five, is now unbeaten in two starts.

Lady Cricket, now 18, produced a colt then a filly by Linamix in 2005 and 2006 and has three-year-old and yearling colts by Shirocco, whom she visited again in 2011, plus a two-year-old daughter by Tiger Hill. 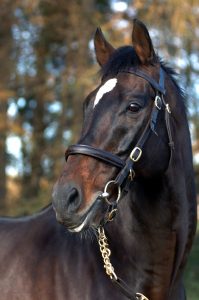 Up Next
King's on top again