The McMurrays on finding true love with their first racehorse purchase, Happy Romance

To say that the McMurray family have enjoyed beginners’ luck with their first horse, Happy Romance, is to put it extremely mildly.

That is not to say, however, they did not play a big part in creating that good fortune, for it was through Oliver McMurray’s diligent study of a few trainers’ sales purchases that the bay daughter of Dandy Man entered their lives, and changed them for the better.

While son Oliver, having completed his pedigree research and assessment, knew what he wanted, dad Ray and mum Claire were blissfully unaware of their soon-to-be association with the Richard Hannon yard and a filly who would turn out to be a spectacularly shrewd purchase.

Oliver explains: “I registered dad’s email address with the Hannon stable without him knowing, and then he got a call from Richard while on holiday in Italy – it was a bit of a surprise to say the least! But two weeks later we were down the yard, and owning a horse.”

That juvenile had won four of her six starts at the time of writing, notably the Weatherbys Super Sprint, Goffs UK Premier Yearling Sales race and Group 3 Dick Poole Fillies’ Stakes, in the process banking over £195,000. Oh, and she was fifth in the Group 2 Queen Mary before winning at Newbury.

“I’ve always liked racing but the intensity and passion has grown in the last few years,” says Oliver. “I got more interested at 18, when I was able to go and legally bet, and am 23 now. We love Ascot and Newbury, which are 15 minutes away, and Cheltenham. I just threw the suggestion out there to dad about potentially getting a horse.

“Newbury and York were both fantastic days, and Royal Ascot was special too”

“I’d seen Richard had been to the sales, so I went through his purchases, and a few other trainers too, and landed on ‘Happy’. I liked what I saw of her pedigree, and Richard does well with two-year-olds, and fillies generally, and is only 20 minutes away.

“I’d like to start breeding in future, so a filly appealed, and of course they are generally cheaper than colts.”

Having got off to a flying start with their first horse, a question about whether the family would likely be adding to Happy Romance had barely been asked before Oliver fires back: “She won’t be the last, not a chance! Dad has had some buzz off it. For Newbury it was me and dad who went, and for York it was me, dad, mum and my sister Jordan. We stayed up at York the night before, and the night of the race.

“I had a message from Meg Nicholls the other day, wondering what our chances of getting a jumper were, but we’ll get the Flat season out of the way first!”

To have two or three magical moments already in the memory is some going, and Oliver continues: “York was nearly ten years to the day since we celebrated my grandad’s 70th birthday at the Ebor meeting; he’s an Irishman and I got into horseracing through his interest, really.

“Newbury and York were both fantastic days, and Royal Ascot was special too. Not being allowed to go when you have a two-year-old run at Royal Ascot was a bit of a shame, but it’s the time we’re in. 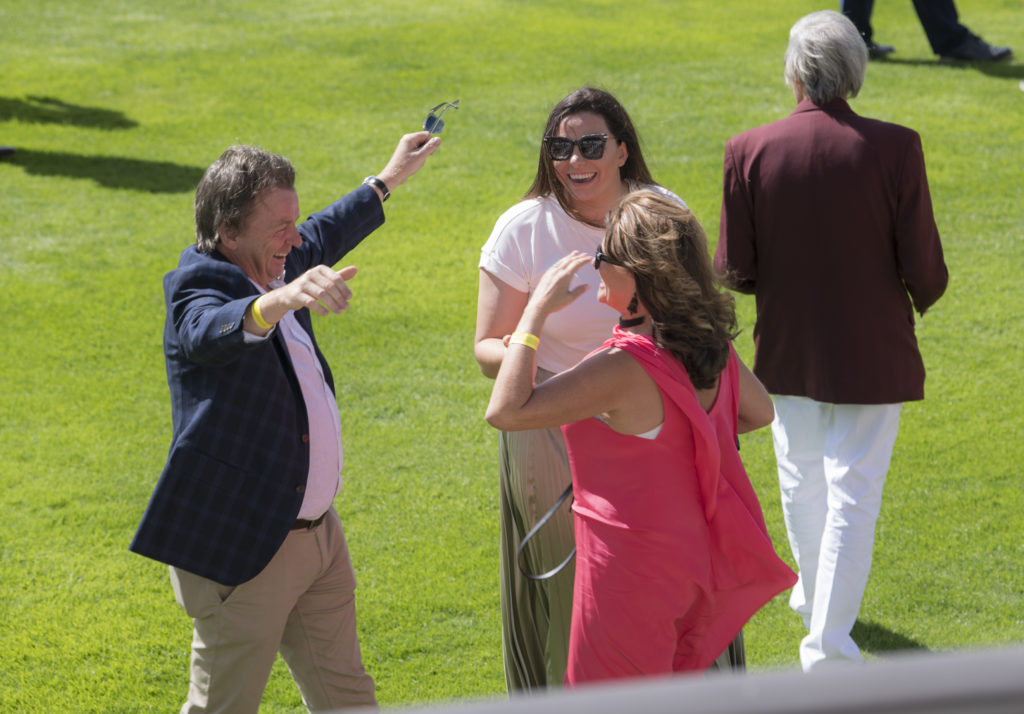 “It’s a joke really, the start we have had with our first horse. People have said to us that an owner might have to wait until their tenth or 15th horse to have one like it, or maybe never have a horse as good as we’ve got.

“We do realise how lucky we are, and know that it’s not like this all the time; Richard’s told us he’ll bring us back down to earth!”

He continues: “Apart from winning with Happy, being around the set-up at Richard’s has been a really good aspect of being racehorse owners. We didn’t know what to expect, and the sport is made out to be elitist, but that’s not what we have found at all.

“Meeting Richard, and Richard snr, it’s all been a special experience, totally different to just being a racing fan and punter.”

It’s also very different from the day job, which for Oliver, Ray and Claire means the family’s property development company, while Jordan is a paramedic.

Ray adds: “I’ve always been interested in horses. I had a pony when I was younger, while my uncle had horses good enough to join the Irish equestrian team. Oliver’s interest, mind, is at another level.

“We do realise how lucky we are, and know that it’s not like this all the time”

“I know what he’s looking at on his phone at work – it’s not fast cars or women, it’s horses! – and Richard Hannon calls him ‘The Encyclopedia’.”

The Encyclopedia has been impressed with how Sean Levey has ridden Happy Romance on all six starts, though he admits it’s hard to look beyond Frankie Dettori and Ryan Moore in talking of favourite jockeys, while in terms of future targets for their filly, there is plenty to discuss.

The Firth of Clyde Stakes, the Middle Park and the Moyglare were all in the mix at the time of speaking with the McMurrays, while of course with an exciting juvenile filly, it would be entirely forgivable if the mind wandered into 2021 and races such as the Fred Darling and 1,000 Guineas.

Should Happy Romance continue her ascent, she will, of course, attract further admiring glances, and possibly hard-to- resist offers.

For now, however, the family is more than happy to enjoy the ride, knowing they have had a rare and amazing start to life as racehorse owners.

“I’d like to breed from her, and we’d all like to keep her; there are no thoughts of anything else right now.” affirms Oliver. 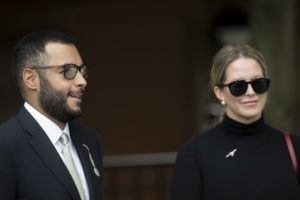 Up Next
The Finish Line with Sheikh Fahad Al Thani