‘I just love the sport, love the thrill and love the people’

Owner Dr Jim Walker on indulging in his favourite hobby

Being an economist, Dr Jim Walker knows better than anyone that the heart rules the head when it comes to owning racehorses, but during the past few years he has at least seen his investment translate into some notable successes.

Indeed, arguably the most notable of all came just last month, when Subjectivist won the Listed Glasgow Stakes at Hamilton, a triumph that was close to home in spirit if not geographically, at least not these days.

“I’m the Chief Economist at Aletheia Capital here in Hong Kong,” says Walker. “Don’t even ask how an economist that advises fund managers on investing in Asia can justify owning horses in the UK, because there’s no logic to the investment process whatsoever.

“I just love the sport, love the thrill and love the people. Fortunately, I can afford to indulge a little in what is definitely a hobby, not an investment.”

As to the foundations of his passion, Walker explains: “I bought my first horse in 1999, when I returned from the Far East for a few years and was living in Edinburgh. It was a filly called Jimgareen – which I co-owned with my boss at the time Gary Coull and another colleague Shareen Shah – who was trained by Linda Perratt out of Cree Lodge Stables in Ayr.

“I’d always been used to going racing growing up; my first racecourse trip was as a four-year-old to Devon and Exeter races while on holiday in Paignton. We spent many holidays as a family in Ayr during the Scottish July circuit and went racing when the Ayr meetings were on.

“My uncle was very keen and we would often head off to Newcastle, Hexham, Sedgefield and Ayr when the fancy took him – always just day trips. Oh, and of course, it was on the television every Saturday!” 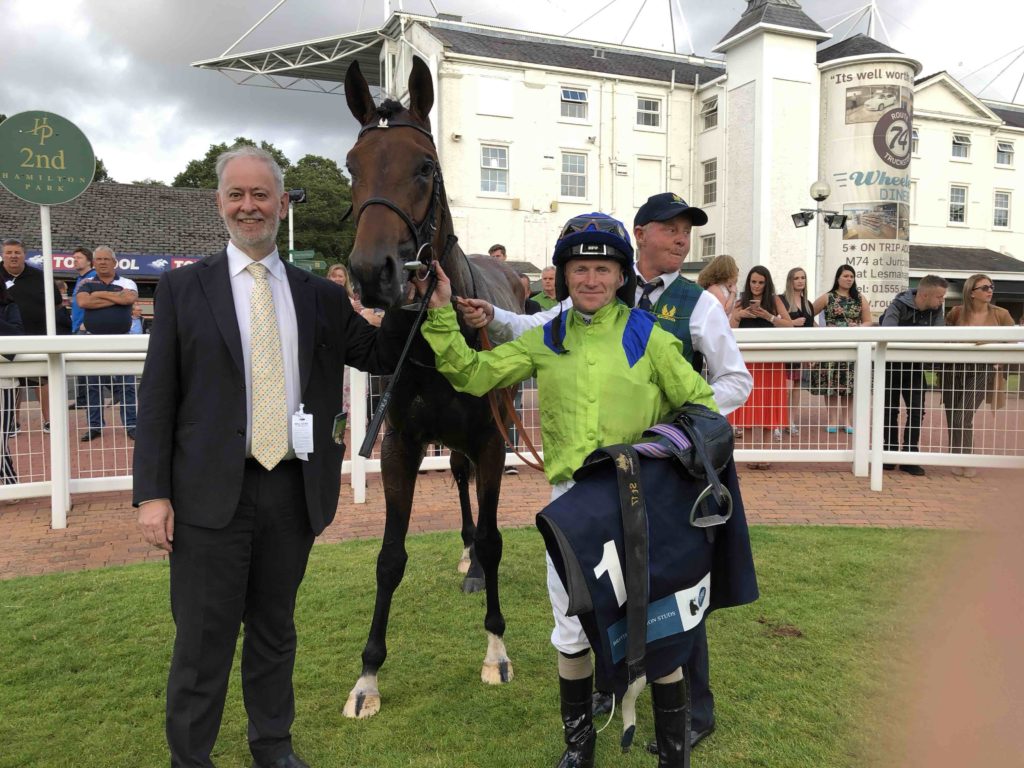 Subjectivist, who followed his victory at Hamilton with a tremendously game third behind Mogul and Highland Chief in the Group 3 Gordon Stakes at Glorious Goodwood, carries Walker’s now familiar colours of lime green, royal blue epaulets and cap, and he has now had in all 44 horses under single ownerships in the UK, plus nine in syndicates or partnerships. In Hong Kong he has owned four outright, plus eight in syndicates.

“I started off with Linda Perratt in Ayr,” remembers Walker. “That was really a nostalgia-based decision as I had been a huge fan of Nigel Angus – who trained at Cree Lodge in the 1970s – and Roman Warrior in particular.

“I’ve had a few horses with Jim Goldie, and briefly had a horse with Mark Johnston in 2001, but I moved back out to Hong Kong in 2002 and was coming back and forward to London a lot, so I switched stables to William Jarvis at Newmarket.

“I had been in one of his syndicates while I stayed in Edinburgh and that gave me my first taste of a big race, Flownaway running in the Chester Cup. Since then I have always had horses with William – some good, some not so good.”

He adds: “A few years ago I went into a partnership in a breeze-up horse trained by Mark Johnston and when we sold that one on I asked Mark about a Teofilo on his website. That resulted in me buying Monticello, who won his first two races and then finished second in a Listed race at Ascot.

“Mark followed up that success for me the next year when he bought Austrian School – also by Teofilo – and we have been going well for the last few years. I really like Mark’s disciplined approach to buying yearlings and I love his willingness to go for horses with a distance pedigree.”

Talking of which, Austrian School is, of course, a half-brother to dual Grand National hero Tiger Roll, his five wins for Walker including a score at Chester’s May meeting and six-length romp in the valuable Queen’s Cup at Musselburgh.

“There have been many magical moments – if not quite at the highest level,” says Walker. “I’ll never forget my first winner, Milliken Park at Hamilton, trained by Linda Perratt, but truth be told the best have come in the last few years with Mark Johnston: Monticello, Austrian School, Kilbarchan – a game wee filly that won three races at two, named after my home village – and now Subjectivist.

“He has given me my first ever capital letters black type in winning the Glasgow Stakes at Hamilton; Austrian School was second in the same race two years ago.

“Every winner is a magical moment really, regardless of the grade of the race – and even a few of the narrow losers too!”

Subjectivist lost out by a length and a half at Glorious Goodwood, giving best only late on to Mogul and Highland Chief, with his proud owner watching on from afar. Having disappointed in the Great Voltigeur Stakes, the son of Teofilo bounced back to form when landing the Group 3 March Stakes at the same track last month.

Walker says: “I had a glimmer of hope when he started to draw away again at the furlong pole, but the first and second just swallowed him up at that interminably long final 110 yards – is it the longest in the country?!

If it weren’t for owners that just love the sport, there would be no racing, no breeding industry and no employees

“It was the most Group 1-looking Group 3 I’ve seen in a long time. Four out of the six came from the Derby, and the top weight had been an easy Group 3 winner at Newmarket. A Listed winner at Hamilton looked a bit out of his depth, so I couldn’t be happier.

“As ever, Joe Fanning gave him a peach of a ride – he’s simply the best on front-runners around these turning tracks.”

He continues: “The best thing about being an owner is the anticipation of a two-year-old running for the first time. That is where the dreams begin.

“Racing can quite often be a case of the journey being better than arrival! Winning is beyond description in terms of the high that it gives you.

“In the UK it is all about the racecourse owners and the bookmakers. The balance is completely wrong, and if it weren’t for owners that just love the sport, there would be no racing, no breeding industry and no employees. The UK government has been out of touch with how to run the sport for 50 years at least.” 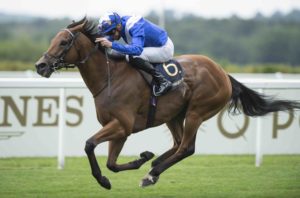 Up Next
Doyle puts his faith in progressive Lord North