When riding sensation Hollie Doyle recorded her first Group 1 success aboard Glen Shiel on Champions Day at Ascot in October, she did it sporting the silks of a syndicate, Hambleton Racing.

Horses in shared ownership have become a feature of the racing landscape in Britain and Ireland, regularly competing in the most prestigious races and at the biggest festivals under both codes.

Figures provided by the Racehorse Owners Association show that around 2,700 horses in training are registered to syndicates – yet an estimated 10,000 syndicate members are unregistered in the UK, which is unsurprisingly a cause of concern to racing’s rulers, keen to understand its audience.

In September the British Horseracing Authority launched a consultation into the regulation of shared ownership, “to identify the current risks and opportunities and how these can be addressed to promote growth and consumer confidence in syndicates and racing clubs.” The BHA plans to reveal its recommendations in the next couple of months.

The growing popularity of shared ownership presents British racing with a golden opportunity to attract the next generation of devotees and owners. Yet how did this strand of ownership take root in Britain and who were the pioneers in this field?

“Kennet Valley was very well run – I would call it an upmarket syndicate, like Highclere is today”

Syndication, of both racehorses and stallions, emerged in the USA decades before it took hold in the UK. Leslie Combs II, founder of Spendthrift Farm, one of the giants of the bluegrass breeding and racing industry, syndicated the likes of Nashua and Raise A Native – indeed he was the first person to syndicate a stallion for $1 million.

By contrast, British racing up to the late 1960s and early 1970s was still dominated by owners and owner-breeders with the financial clout to indulge their passion for thoroughbreds. However, the Jockey Club, which then administered the Rules of Racing, understood the potential in opening up the sport to a wider ownership base (see sidebar).

Nick Robinson, the former proprietor and publisher of Pacemaker magazine, had watched his filly Dibidale come with what looked like an irresistible challenge in the 1974 Oaks at Epsom, only for disaster to strike when her saddle slipped and gave way under Willie Carson. Disqualified after passing the post in third, she made amends by winning the Irish Oaks and Yorkshire Oaks later that year.

Robinson later sold Dibidale back to her breeder, his good friend Robert Sangster, a man whose exploits on the racecourse and in the sale ring helped define the sport in the 1970s and 80s when his rivalry with a young Sheikh Mohammed took on legendary status.

That competition for the world’s choicest bloodstock became increasingly intense, on both sides of the Atlantic, and saw prices skyrocket. Sangster decided that an injection of capital was required. So, he set up a syndicate involving John Magnier, Michael Smurfit and Vincent O’Brien. 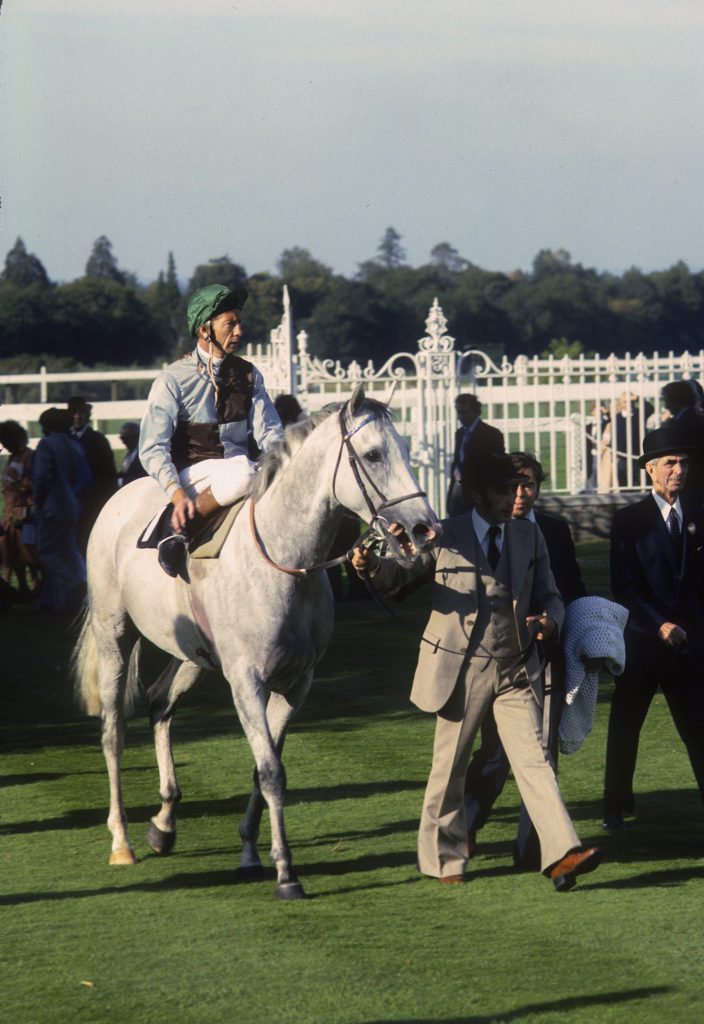 Absalom was owned by a 12-strong syndicate and trained by Ryan Jarvis – Photo: George Selwyn

Classic Thoroughbreds, which aimed to raise money to buy yearlings, was floated on the Stock Exchange in 1988. Yet despite notable success with Royal Academy, who provided Lester Piggott with a famous victory at the 1990 Breeders’ Cup, most of the horses purchased were not up to scratch. Classic Thoroughbreds folded in 1992 with reported losses totaling £12 million.

Robinson, meanwhile, had set up his own syndicate, Kennet Valley Thoroughbreds (KVT), with the aim of bagging the newly founded Cartier Million, then the richest race in Europe, designed for graduates of the Goffs Orby Yearling Sale.

Four horses were purchased to run in the first renewal at Phoenix Park in 1988, three took part, and two finished in the money. The syndicate-owned Corwyn Bay defeated Kennet Valley duo Miss Demure and French Pretender in a tight finish, the last-named trained by Newmarket handler William Jarvis, who remembers his early involvement with shared ownership horses.

“French Pretender was the first syndicate horse I trained,” Jarvis recalls. “Kennet Valley was very well run – I would call it an upmarket syndicate, like Highclere is today. Nick Robinson ran it and John Warren bought the horses.

“Miss Demure, trained by Robert Armstong, won the Lowther Stakes: she was a smart filly. French Pretender, winner of a Sandown nursery, was a tough horse. He was double-figure odds and drawn in the car park. With a better draw he’d have nearly won.

“It was Goffs’ concept to stage the race. They were the first to come up with a race like this. Of course, there was no black type but it was staged for ferocious money.

“The syndicate was for the two-year-old career – the horses were sold at the end of the year. My horse was later placed in the Horris Hill and made a lot of money in the sale ring.

“John Warren and Harry Herbert were working with Nick Robinson. They bought four horses and three of them lined up in the race. It was a bloody good achievement by John.”

Jarvis continues: “Nick was a pioneer. I’m not sure how many other syndicates went to Goffs that year to buy horses for the Cartier Million but certainly KVT was a high-profile, well-organised syndicate that was good fun to train for. They had a lot of enthusiastic owners – and I think some of them are likely still involved with Kennet Valley or Highclere today.

“I trained another for KVT called Grey Rooster, by Diesis. He won his maiden at the Newmarket Craven meeting and looked smart. He went to Ascot for a conditions race for his next run and finished third to a horse called Generous making his debut that day. [Subsequently] Grey Rooster deteriorated and Generous improved!” 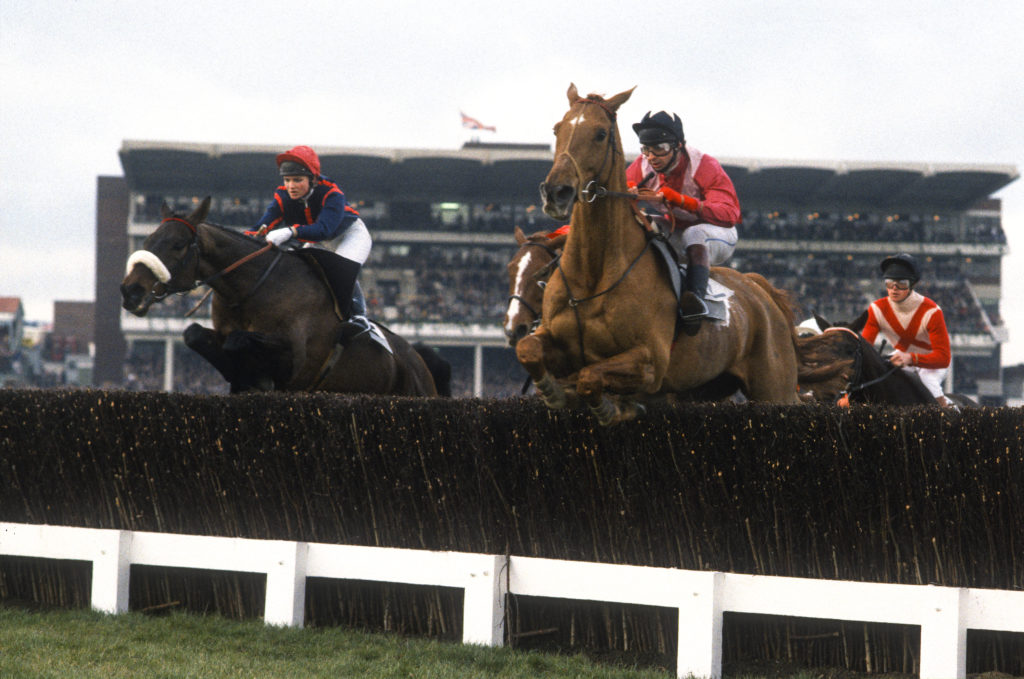 French Pretender may have been the first runner Jarvis trained for a syndicate however his father, Ryan, had also been involved in shared ownership horses in the previous decade.

Jarvis says: “My earliest recollection of a partnership or syndicate is my father training a horse called Rugby Special for a lot of Scottish rugby internationals fronted by Ian Robertson, the former BBC rugby correspondent.

“He later trained a very good horse called Absalom in the late 1970s. He won the Cornwallis as a two-year-old, the Haydock Sprint Cup as a three-year-old, and the Diadem Stakes as a four-year-old.

“The horse was registered under Mrs C Alington & Partners but there were 12 of them in the syndicate – six couples – and I remember they used to come on the heath. Absalom wasn’t the first horse they had but he was easily the best.”

Henry Ponsonby is undoubtedly a pioneer of syndication. Well over 40 years on from the tentative start he made as a means primarily of staying in the sport, his syndicates are going as strongly as ever, as evidenced by 2020’s Royal Ascot double with Scarlet Dragon and Who Dares Wins.

Reflecting upon the early years, Ponsonby recalls: “When the Jockey Club first gave permission for syndicates they were rather sniffy about it, and at that time there was really only myself, the trainer Ian Walker and the owner Adrian Clegg doing it. I was lucky in that my first syndicated horse, Beloved Mistress, was a winner on her first start at Salisbury in 1977.

“It snowballed from there, helped by some very positive publicity in The Times from their racing correspondent Michael Phillips, and by the end of that year we had four or five horses.”

Henry Ponsonby Racing now has between ten and 15 horses in training every year, and while it always used to be 12 people in each horse, some syndicates now have up to 20 members. Ponsonby reckons to have had around 450 winners all told, many of them with the top trainers of both codes, including Sir Henry Cecil.

Ponsonby was also heavily involved with trainer Toby Balding and others in the setting up in 1983 of British Racing and Thoroughbred Breeding. BTRB, which he recalls had 3,000 members, each of whom paid £300 a year, was the first racing company to float on the Stock Exchange.

Along with Colin Tinkler senior’s racing club, Full Circle Thoroughbreds, BTRB helped to take shared ownership to the next stage, and incidentally to foster the rapid growth of premium rate tipping lines. Full Circle in particular made ownership affordable, as Nigel Tinkler explained after his father died in 2015. 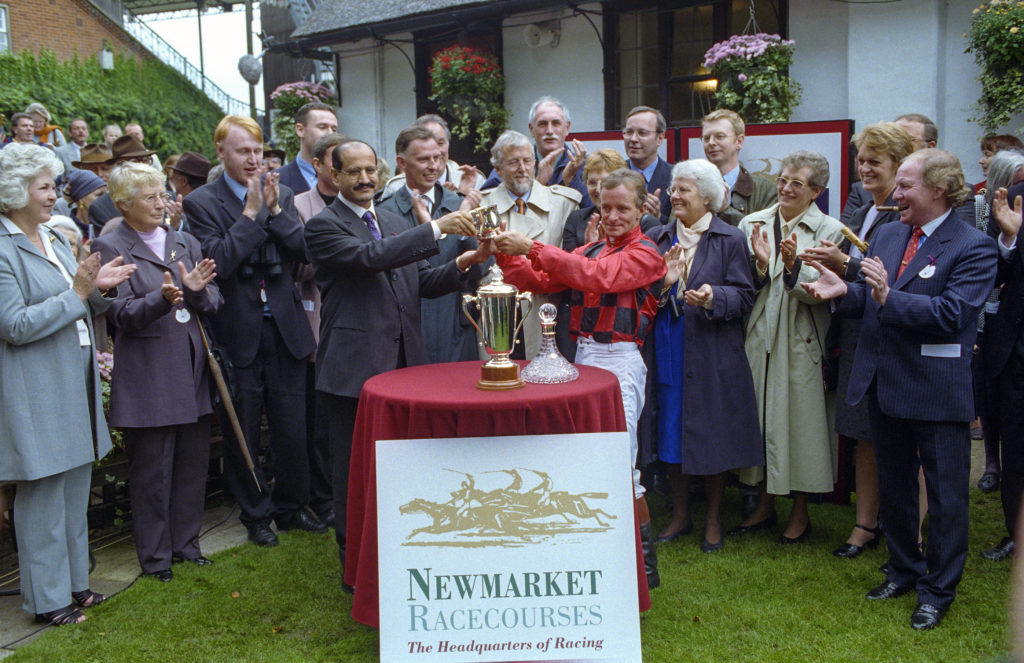 Tinkler says: “My father should be remembered as a pioneer of racing partnerships through Full Circle Thoroughbreds, through which people from all walks of life could get involved in racehorse ownership, and not just the very rich.

“Before he started it up there were a maximum of 12 allowed to own a racehorse. My father got Full Circle registered and went to the Jockey Club to essentially change the rules.

“Full Circle had 2,500 members and was a first of its kind, as it gave everyone a chance to own a racehorse – and to possibly even stand next to the Queen in the paddock. It had a Cheltenham Festival winner, The Ellier, and a Grand National third, Monamore.”

The pioneers of shared ownership in Britain also left a legacy, not just with those owners whose love of racing had been nurtured and fulfilled, but through employees who would go on to make their own mark in this sphere.

Simon Double, who runs his syndicate Solario Racing, joined trainer Peter Harris in 1994 and spent nine years working for him, selling shares in horses and looking after owners at the races.

Harris supplied a number of big winners for his syndicates including Primo Valentino, owned by the Primo Donnas, who struck in the Group 1 Middle Park Stakes in 1999.

“Peter was certainly one of the pioneers in this field,” says Double. “I think he had 40 or 50 syndicate members when I joined him and by the time I left in 2003 there must have been around 400 and close to 100 horses.

“He was hugely influential in opening up syndicates to Joe public. Peter was also one of the first to operate a monthly payment system for members to make ownership more affordable.

“What I learned from Peter was the importance of communication and looking after owners. He was an accountant originally and applied business and accountancy principles to syndication. His businesses were always on a sound financial footing.”

Up Next
Secret Reprieve justifies favouritism in Welsh National