Only the Triple Crown winner American Pharoah finished higher than him in the World Thoroughbred Rankings of 2015, so it’s little wonder that the arrival of Golden Horn in the stallion yard at Dalham Hall Stud has been greeted with no small amount of joy.

Not only is he a horse whose looks and temperament compare favourably to his record of four Group 1 wins in three different countries, but he, like his fellow Derby and Arc winner Sea The Stars, is a son of the Darley stalwart Cape Cross. Sam Bullard, Darley’s Director of Stallions, has made no secret of his frustration at the bloodstock industry’s somewhat indifferent response over the years to the son of Green Desert, who has spent his entire northern hemisphere stud career at the operation’s Kildangan Stud in Ireland.

“Cape Cross has had Group winners year after year but for whatever reason the market turned against him. One of the most frustrating things I’ve found in this business is that you can’t fight against the fickleness of the market,” he says, recounting the fact that Galileo’s dam Urban Sea was sent to Cape Cross and subsequently produced Sea The Stars as a result of Ling Tsui being impressed at the exploits of Ouija Board.

That justifiable gripe aside, Bullard is very much a glass-half-full type of person, and with two other new boys joining Golden Horn at Dalham Hall alone this season, not to mention the extraordinary success story that is Dubawi, his glass is currently full to overflowing.

The trio of new recruits perfectly illustrate the now-global element of the racing and breeding industry. The Darley homebred Outstrip was born in Britain and went on to win the Breeders’ Cup Juvenile Turf at Santa Anita – a welcome first winner at the highest level for his then-rookie trainer Charlie Appleby. His pedigree blends north and south as he is a son of the Australian shuttler Exceed And Excel and the French- and American-campaigned, US-bred Grade 1 winner Asi Siempre.

Golden Horn is the culmination of a wonderful story. It’s fantastic for Mr Oppenheimer to have bred a horse who achieved what he did

Brazen Beau’s branded shoulder clearly depicts his foreign roots and if his sire I Am Invincible is yet to become a familiar name in European breeding, that’s unlikely to remain the case for long. The son of Invincible Spirit has been quick to boost the profile of his Hunter Valley base at Yarraman Park, claiming the Australian freshman sires’ title in 2013-14. Brazen Beau, bought by Darley after his victory in the 2014 Group 1 Coolmore Stud Stakes, failed by only half a length to become a dual-hemisphere Group 1 winner when overhauled by Wesley Ward’s Undrafted in the Diamond Jubilee Stakes at Royal Ascot. In a marketplace where newness is as coveted as proven ability, Bullard and his team have plenty to work with this season.

He says: “Golden Horn is the culmination of a wonderful story. It’s fantastic for Mr Oppenheimer to have bred a horse who achieved what he did. Of course we are thrilled that he’s by Cape Cross – that goes without saying. It’s fantastic testament to Sheikh Mohammed that he was prepared to get behind what we do and buy into the horse, and of course it’s a huge compliment to the staff here that this is where Mr Oppenheimer decided that Golden Horn had the best chance of becoming a stallion.”

While Anthony Oppenheimer remains a significant share-holder, aiding him in the quest to ensure a successful secondary career are the 30 breeders from 14 different countries who have purchased shares in Golden Horn.

“There are 30 international breeders who have bought what can best be described as ‘breeding rights with dividends’,” Bullard explains.

Among the six Group/Grade 1 winners in his key first book are Banks Hill, Casual Look, Grey Lilas and Folk Opera, while 43 Group producers are also lining up, including the dams of Most Improved and Ectot, Lumiere, Sea The Moon and Behkhabad.

Golden Horn becomes the third Derby winner on the Darley books, along with Montjeu’s son Authorized, who is holding his own after his move to Haras du Logis in Normandy, and New Approach, one of two sons of Galileo on the roster. 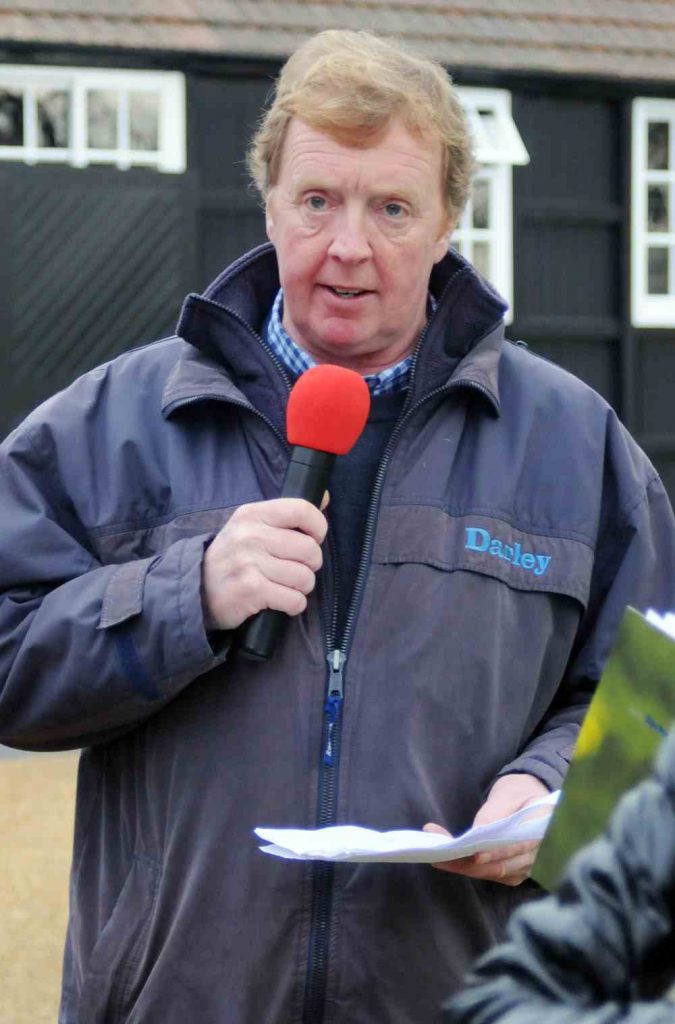 “We talk about the commercial aspect – and it’s well known that the early speed horses tend to be the more commercial ones – but I continue to believe that the Derby is the most important race, so of course we want to stand a Derby winner, that’s the jewel in the crown,” offers Bullard.

“Equally, we’re fortunate to be able to bring these horses up from Australia where speed is perhaps classier, with the likes of Exceed And Excel, and going back to Danehill himself. They’re not cheap speed, they are quality stallions and serious horses in their own right, so to be able to stand them in Europe at reasonable fees is a big advantage.”

Dubawi and Shamardal, from their respective bases in England and Ireland, have each played a significant part in enabling Darley to gain a foothold in the rarefied air near the peak of the stallion table. Galileo’s flag may be planted firmly at the summit, but where once there was Coolmore domination, the Darley stallions Dubawi, Shamardal, Teofilo and Cape Cross all ended last year in the top ten.

Hovering just below that mark was Exceed And Excel, a stallion whose cross-hemisphere consistency has aided a more favourable general view towards reverse shuttlers from European breeders.

“He’s about to embark on his 23rd consecutive season and that in itself is quite something,” admits Bullard of the stallion who now has four sons on the Darley roster – Helmet, Outstrip, Fulbright and Sidestep – while the top-class miler Excelebration is a member of the Coolmore roster. Both the latter and Helmet have their first runners this season.

“In the northern hemisphere, particularly as we’ve never put his fee up very quickly, Exceed And Excel has taken breeders with him and on the whole people have made money out of him. That is hugely important to a stallion’s reputation in the commercial world, if breeders can make money from a horse. He’s really established himself and he has helped us to bring more Australian horses here. This year we’ve brought four new faces – Brazen Beau, Hallowed Crown, Shooting To Win and Sidestep.”

Hallowed Crown, a grandson of the much lamented Street Cry, and Shooting To Win, a Caulfield Guineas-winning son of Northern Meteor, whose early death was similarly rued, are both standing at Kildangan, while Sidestep joins fellow newcomer Hunter’s Light in Normandy.

“Sidestep is in France as we wanted to have a potentially fast two-year-old producer there so he fits the bill,” explains Bullard.

It’s not just Exceed And Excel whose sons are proliferating the Darley roster. Shamardal – whose fee is advertised as private for the first time this year – is joined at Kildangan by freshman French Navy, while another son, Casamento, has been relocated to Newmarket.

“I’m a huge fan of Shamardal and his sireline; Lope De Vega was very successful in his first season and now we have Casamento at Dalham Hall for the first time,” says Bullard.

And then of course there’s Dubawi. Following the premature death of Echo Of Light, he alone was left to carry the torch for Dubai Millennium, whose demise also came woefully early.

For Dubawi to have done it in the style that he has is better than we could possibly have hoped. It’s everything that Darley and Godolphin set out to do

Bullard says of the Darley lynchpin, whose young in-house stallion representatives are Poet’s Voice, Night Of Thunder and Hunter’s Light: “Dubawi is hugely important to the whole Sheikh Mohammed operation. Dubai Millennium was very important to him personally, as everybody knows, and Dubawi came into the stud as his sole Classic winner with the hope that he could carry Dubai Millennium’s mantle forward.

“For him to have done it in the style that he has is better than we could possibly have hoped. It’s everything that Darley and Godolphin set out to do.”

The distinction between the Darley and Godolphin operations essentially came to an end with the announcement in December that John Ferguson is to relinquish his training licence to become Chief Executive of the merged companies which will continue to operate under the Godolphin banner. Internally, the Darley staff are now employed by Godolphin and telephones are answered in that name but to the breeding world at large, with Darley continuing to be used as a brand name with which to market the stallions, it is very much business as usual.

Bullard says of the reshuffle: “It’s a hugely positive change. One of the biggest frustrations in a fantastic job has been the separation between Godolphin and Darley since I’ve been doing this role. Now to have the racing office and breeding office all under one roof, pushing for the same cause and celebrating the same successes is absolutely fantastic.”

Framed charts of the sirelines of Europe are a familiar feature in stud offices around the world and the Darley stallion master indicates to his copy behind his desk as he says: “Sheikh Mohammed wanted Godolphin to be the main name, but notwithstanding that, if you look at that chart there, the Darley Arabian still has a very big say about what is going on in the breeding world.

“The Darley Stallions brand is a subsidiary to Godolphin but we always knew that the racing is what Sheikh Mohammed likes: the winners on the track worldwide, that’s the most important thing. And we’re determined that the Darley stallions will keep the Godolphin company name flying.” 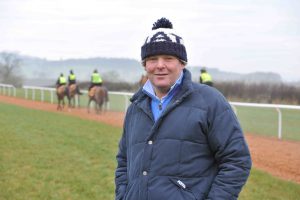 Up Next
Loder and wiser