Rachael Blackmore partners daughter of Sulamani to another Grade 1 triumph

Brilliant mare Honeysuckle and Rachael Blackmore continued their astonishing partnership at Punchestown on Friday with their 16th straight win together in the Grade 1 Paddy Power Champion Hurdle (2m).

As odds of 1-5 suggested, Honeysuckle was seen as a good thing to win the contest for the second year running and Kenny Alexander’s pride and joy duly did what was expected of her, coasting to a three-length success over Echoes In Rain.

Trainer Henry de Bromhead said: “The fairytale continues – it’s ridiculous! I’m always waiting for something bad to happen, but it’s amazing. I’m delighted and so lucky to be involved with her.”

Teahupoo trailed in last of the six runners under Robbie Power, taking his final ride in an illustrious career which included a Grand National on Silver Birch and a Cheltenham Gold Cup aboard Sizing John.

The Willie Mullins-trained State Man had hacked up in the Grade 3 County Hurdle at the Cheltenham Festival and Joe and Marie Donnelly’s exciting five-year-old took the step up to Grade 1 company in his stride with a convincing success under Paul Townend in the Champion Novice Hurdle (2m3f).

At Newmarket there was a big upset in the Group 2 Jockey Club Stakes as Godolphin’s Breeders’ Cup Turf winner Yibir failed to overhaul the Mark Johnston-trained Living Legend in the mile and a half contest.

Joe Fanning asked Living Legend to pick things up with two furlongs to run and while Yibir and William Buick gave pursuit, they never look like reeling in the winner, owned by Barbara and Alick Richmond. 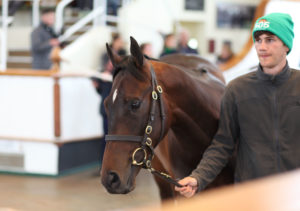