The Tatling goes out battling
Stories

Hannon the man to beat once again

Richard Hannon set a daunting new benchmark for Flat racing in Britain when recording his 217th winner of the year when Guava struck at Wolverhampton on December 10.

Hannon, who modestly admitted the yard has “had a good year”, had twice previously held the record, but Mark Johnston raised the bar in 2009 when chalking up 216 winners for the calendar year.

The East Everleigh trainer has also set a personal best for prize-money earnings this calendar year, soaring to in excess of £3,720,000, in the process of winning the trainers’ title for a fourth time.

Hannon and Johnston have regularly been among the leading trainers numerically in the past few years – invariably one or other is top dog in Raceform’s Horses In Training annual; in the 2011 edition Hannon had a colossal 231 horses listed, against 195 for Johnston.

Hannon is also edging towards a record number of runners for a year. He topped 1,400 in 2008 and is now honing in nearing that figure.

Perhaps the most impressive aspect of his winners’ record is that it comes with a 16% strike-rate – his best ever. 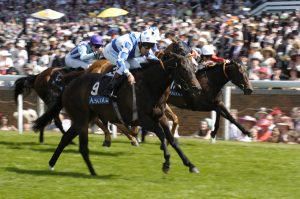 Up Next
The Tatling goes out battling