Al Kazeem can rightly be regarded as the most exciting middle-distance horse in Europe following his third Group 1 victory of the season in the Coral Eclipse at Sandown on Saturday.

The ten-furlong contest once again turned into a tussle with Sheikh Hamdan’s Mukhadram, who made the running as he did in the Prince Of Wales’s Stakes but ultimately had no answer when challenged by the winner up the hill for home.

With his long-term seasonal aim being the Prix de l’Arc de Triomphe on the first weekend of October, trainer Roger Charlton hinted at either the Juddmonte International or Irish Champion Stakes in the interim.

He said: “I’m reluctant to keep going for the King George [later this month]. He’s now had three quick runs on fast ground and deserves a break.”

Al Kazeem, who races in the colours of his Welsh-based breeder John Deer, is one of 11 Group 1 winners for Darley’s Dubawi, two of whom, Makfi and Poet’s Voice, are already standing at stud in the UK. Unbeaten this season and only ever once our of the first two in 12 career starts, the five-year-old’s earnings now stand at more than £800,000. 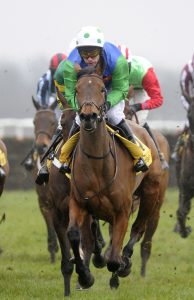 Up Next
David Johnson dies at 67