Great value can be found anywhere

According to Timeform figures, top horses graduate from a range of sales at all prices

The yearling sales are upon us again – a marathon that lasts for months on end with buyers trying to uncover that next champion. When you look at our table of top-rated horses that were sold at public auction since 2010 in Europe, potential purchasers can certainly take plenty of heart. There are a range of prices, and indeed a range of sales venues, represented.

It may surprise most people that the best-performed sales horse in the period is not a graduate of Tattersalls Book 1. The best two were sold at Arqana for an average of £64,106 and the third best was bought at Doncaster for £65,000. According to Timeform, the Arqana graduates Toronado and Almanzor are the best with ratings of 133, whilst Olympic Glory (Doncaster Premier) and Australia (Tattersalls Book 1) are next best on a rating of 132.

But what’s really noticeable is that the lesser sales venues are well represented throughout the top-rated list. There are no fewer than six Doncaster graduates among the top 22 sales graduates. Moreover, there are only five in the top 20 graduates that cost more than £100,000, headed by Derby winners Australia and Camelot, who both cost 525,000gns. It just goes to show that there is great value to be had at all of Europe’s top yearling auctions.

Goffs, meanwhile, has sold 16 horses since 2010 that have gone on to achieve a Timeform rating of 120 or higher. Once again there’s plenty of value to be had at the Kill venue. With an average price of £91,967, the sale’s current poster boy is multiple Group 1 winner and Timeform 131-rated Ribchester (€105,000).

Their second-best horse in the period was bargain-buy Designs On Rome (€10,500), whilst they’ve also sold Group 1 winners Voleuse de Coeurs, Here Comes When, Sky Lantern, Simple Verse and Covert Love, all of whom achieved Timeform ratings of 120 or higher. Perhaps the best of the main sales for sheer value is Doncaster Premier. Thirteen of their graduates have gone on to achieve a 120-plus rating for an average price of £62,615.

Top-class racehorses don’t have to cost the earth, and, as this analysis shows us, they don’t. It’s a sobering thought that of the 20 yearlings that have both sold for a million sterling or more and have been rated by Timeform, only two, Douglas McArthur and Sir Isaac Newton, have reached or surpassed the Timeform-120 standard. Even more eye-watering is the fact that the 20 together have an average Timeform rating of just 98. 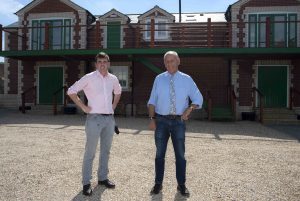 Up Next
The long goodbye