Bolger team in rude health at the Curragh
Stories

Good Ba Ba may have trailed home almost nine lengths behind Australia’s champion sprinter Black Caviar on Friday night at Moonee Valley but the Hong Kong superstar has given his fans plenty of cause for cheer over his many years in training and bows out at the age of 11 with almost £4,885,496 in prize-money to show for his efforts.

American-bred by the Bozano family’s Brazilian operation Haras Santa Maria De Araras, Good Ba Ba, is by Lear Fan out of the Zilzal mare Elle Meme. He was sold as a yearling at Keeneland for $85,000 in September 2003 before being exported to Hong Kong.

During his eight years in training, Good Ba Ba was named Horse of the Year in Hong Kong and raced 50 times for 16 wins and nine places, including three consecutive victories in the Group 1 Cathay Pacific Hong Kong Mile.

Having initially been retired by owner John Yuen Se Kit back in 2011, Good Ba Ba was put back into training in Australia with Rick Hore-Lacey, the former trainer of Redoute’s Choice. His best performance in Victoria came at Flemington on New Year’s Day when fourth in the Group 3 Standish Handicap over six furlongs. 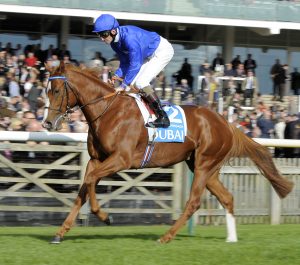 Up Next
Bolger team in rude health at the Curragh