The Chris Wall-trained Premio Loco may be embarking on his seventh consecutive season in training but he looked as good as ever when landing the Group 3 Winter Derby on his seasonal debut at Lingfield. 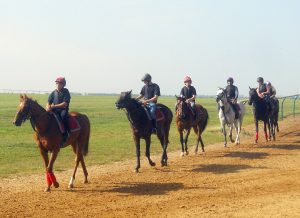 The thoroughly admirable chesnut son of Prized overcame a wide draw by shooting out of the stalls to grab a position on the rail just behind early leader Our Joe Mac. Remaining handy throughout, he was urged to the front by George Baker with a furlong to run and held off joint-favourite Cai Shen, who had not fared so well from his outside draw, by half a length.

It was Premio Loco’s second attempt at the Winter Derby, having lost out to Scintillo by a nose in 2009 and, despite being generally regarded as a miler, he finished the ten-furlong race strongly on both occasions.

Owned by Bernard Westley, who regularly accompanies him to the races in a bright orange shirt to match his racing colours, Premio Loco has now won 13 of his 32 starts, eight of which have been stakes victories. In 2009, he landed a brace of Group 2s in Germany, taking Baden-Baden’s Darley Oettingen-Rennen swiftly followed by the Grosse Europa Meile at Cologne.

The following year his Group wins came closer to home with victory in the Sunley Criterion Stakes at Newmarket and the Summer Mile at Ascot, while last season he won Doncaster’s Group 2 Park Stakes.

Looking ahead to his next start, Chris Wall said: “I suppose the Earl of Sefton at Newmarket over 1m1f is possible now and also the Group 2 Sandown Mile, but as he has got older he has got an aversion to softer ground so that would be dependent on the ground.” 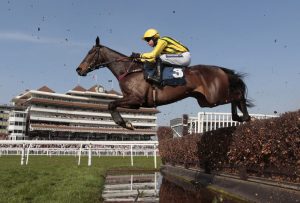 Up Next
French mares hold sway at Newbury