A vintage year for freshmen
Stories

Sixty go forward to next round of judging for prestigious £120,000 awards night

Short-listed candidates for the 11th Godolphin Stud and Stable Staff Awards have been announced with organisers citing “a bumper haul of nominations from Flat and Jump yards and studs across the country”.

With six different categories worth a total of £120,000 in prize-money, 60 nominees now go forward to the second round of judging, which will see three finalists in each section. The winners will be announced a dinner at the Jumeirah Carlton Hotel in London on Thursday, 23 February.

Brough Scott, Chairman of the 12-strong panel of judges which includes the 2014 Employee of the Year Leanne Masterton, said: “Judging these awards is both a painful and rewarding task. Painful because of the need to put one wonderful candidate above another, but rewarding because they are the best stable staff incentives world-wide and because this year trainers have supported them in record numbers. I’d like to thank all the trainers, managers, owners and colleagues who took the time to nominate a member of staff and wish all the shortlisted candidates the best of luck in the next stage of the judging process.”

Clare Balding will host the awards dinner along with special guest Ryan Moore. Five of the six categories carry a first prize of £5,000, with an additional £5,000 being awarded to the yard where the winner works, while each runner-up will receive £2,000. The winner of the David Nicholson Newcomer award will receive £2,000, as will the yard, and the runners-up in that category each receive £1,000.

The winner of the Employee of the Year award will be decided from the winners of the Leadership, Rider/Groom, Stud Staff and Dedication to Racing categories and will be awarded a further £20,000 on the night, with the same amount shared among employees at their yard.

The full list of shortlisted nominees is as follows: 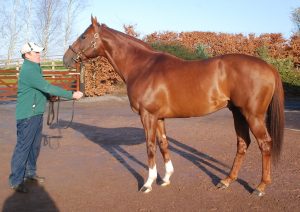 Up Next
A vintage year for freshmen