Ghaiyyath’s outstanding performances throughout last season were enough to crown the son of Dubawi the World’s Best Race Horse for 2020 at the Longines Awards ceremony that was held virtually on Tuesday afternoon.

Sporting the Godolphin blue and trained by Charlie Appleby, Ghaiyyath began his five-year-old campaign with a facile victory in the Group 3 Dubai Millennium Stakes at Meydan in March. He was then a runaway winner of the Group 1 Coronation Cup in June before lowering the colours of Enable as he took top honours in the Coral-Eclipse.

The Juddmonte International was added to his clutch of Group 1 victories as he defeated outstanding mare Magical, QIPCO 2,000 Guineas hero Kameko and Prince of Wales’s Stakes scorer Lord North on the Knavesmire.

Retired after finishing second behind Magical in the Irish Champion Stakes, the six-year-old will shortly begin covering duties at Darley’s Kildangan Stud in Ireland and boasts a classy pedigree, being by Dubawi out of Galileo’s first Classic winner, Irish 1,000 Guineas heroine Nightime.

Ghaiyyath’s performance in the Juddmonte International saw him awarded a mark of 130 by Longines’ handicappers, which left him four pounds ahead of the second highest horse of the year, Kentucky Derby and Breeders’ Cup hero Authentic on a mark of 126.

Seven horses were tied for third place in the honours on marks of 125 with the group including talented milers Palace Pier and Persian King, Australian performer Bivouac and Classique Legend, and Champion Stakes winner Addeybb.

Tiz The Law, who captured the Florida Derby, Belmont Derby and Travers Stakes, was also one of the seven alongside Bjorn Nielsen’s outstanding stayer Stradivarius.

Japanese star Almond Eye was awarded a mark of 124 alongside the Japanese Triple Crown hero Contrail and Hong Kong’s talented Golden Sixty to claim joint-tenth place in the rankings.

The track’s Chairman Bridget Guerin said: “York is particularly grateful to the late Prince Khalid Abdullah and Juddmonte whose support of the race for over 30 years meant another world-class field assembled on the Knavesmire in 2020. I am delighted that the ratings have now confirmed what we felt at the time – that the Juddmonte International is the best race in the world.”

Ruth Quinn, Director of International Racing at the British Horseracing Authority, added: “It is excellent news for York, and for British racing, that the Juddmonte International has once again been recognised as the strongest race in the world.

“Its roll of honour features some of the great names of the turf and 2020’s typically strong renewal did not disappoint, with Ghaiyyath putting up a resounding performance to defeat a field stacked with Group 1 experience and wins.

“The race is one of the most anticipated of any British summer but last year sadly lacked spectators, like so many great sporting events in the last 12 months. I’m sure I speak for many when I say that I cannot wait until the time when we are all able to return to the Knavesmire and enjoy the Juddmonte International in person again, as we have so many times before.”

Due to the coronavirus, the ceremony was hosted live on YouTube by Francesca Cumani at the National Horseracing Museum in Newmarket and during the broadcast, Cumani revealed that Frankie Dettori was awarded the Longines Award for World’s Best Jockey.

It is the third successive year Dettori has scooped the honour and his fourth win of the accolade overall. 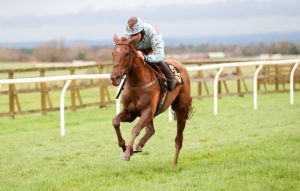 Up Next
Hollymount sells for £300,000 during Goffs UK Online January Sale