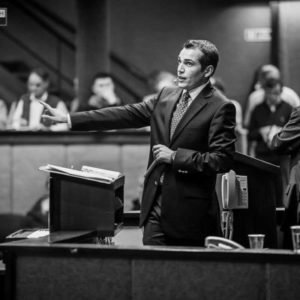 George Stanners is joining Yorton Farm in a new role as bloodstock manager.

Stanners joined Doncaster Bloodstock Sales (DBS) in August 2004 and remained there when it was merged with Goffs, becoming a leading auctioneer with managerial responsibility.

He will work alongside David Futter and James and Jean Potter at Yorton, and will take up his new role on January 1.

Futter said: “George’s appointment is one of the most exciting developments in the history of Yorton. He is widely respected by the bloodstock community, he has a wealth of knowledge and marvellous contacts across all sectors of the industry.

“As our business has grown it has become apparent that we need someone of George’s experience to work with me in sourcing horses, attending bloodstock auctions and liaising with clients. He is an excellent people person, who is going to be another point of contact for Yorton.

“The team at Yorton and James and Jean are looking forward to welcoming George and his wife Laura when they move to this area from their present home in Scotland.”

Stanners said: “I am excited to be taking up this new role with Yorton. I joined DBS/Goffs straight from school 17 years ago and can’t thank Henry and Harry Beeby enough for that opportunity. It is 100% accurate to say I owe the team at Goffs UK everything in my career thus far.

“Yorton is a growing force and I look forward to playing my part in continuing that when I take up my role in the New Year.” 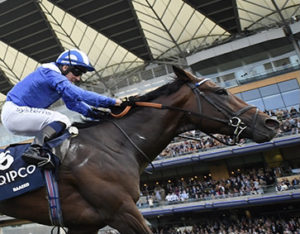 Up Next
Brilliant Baaeed outpoints Pier in QEII